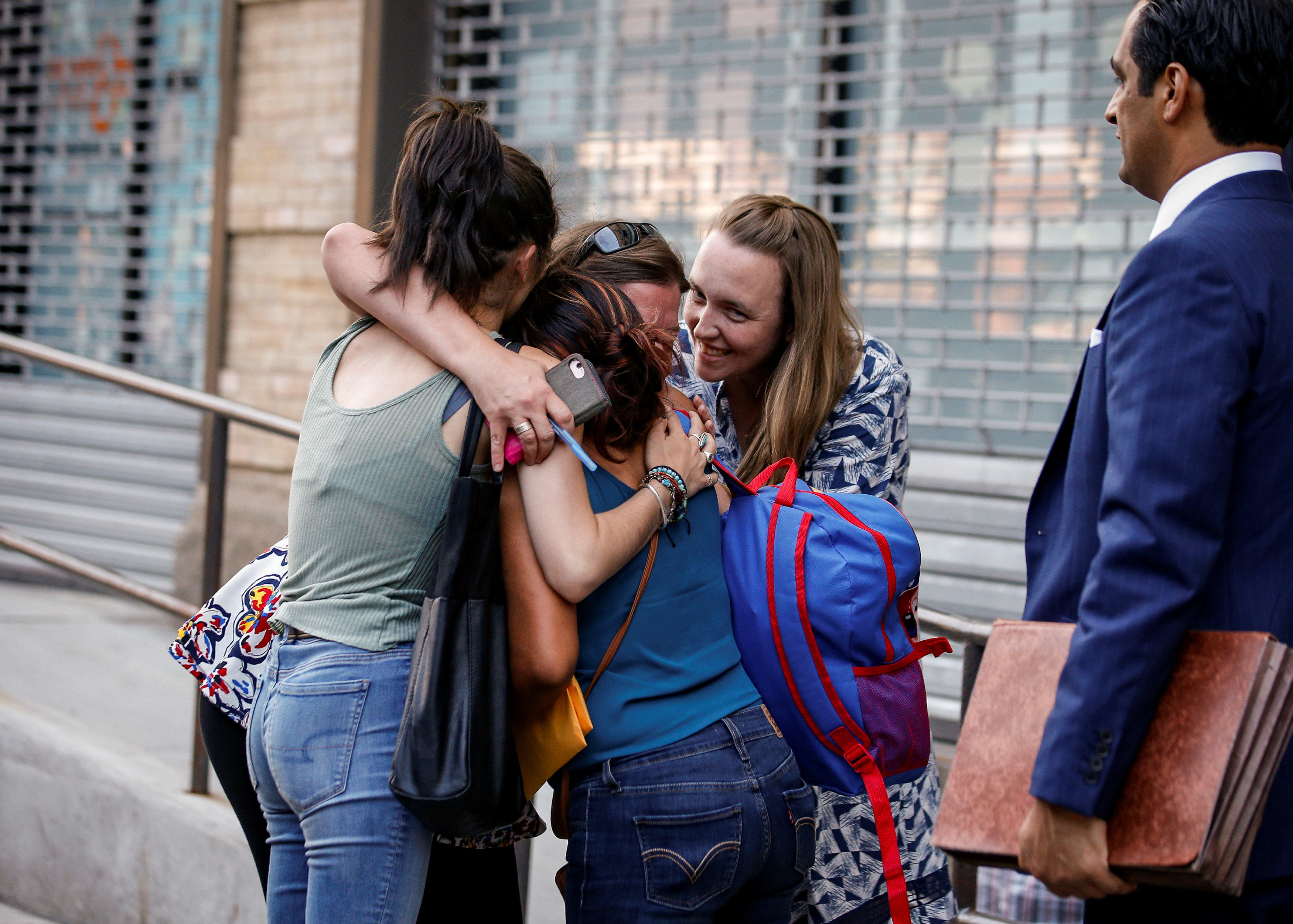 Those reunions were expected to begin "on a rolling basis" leading to the deadline, according to the Justice Department. The reunifications will occur at six to eight unspecified locations determined by U.S. Immigration and Customs Enforcement.

Officials said they were concerned the process threatened child safety but noted it was adopting the shorter procedure to comply with court orders.

The government and the American Civil Liberties Union, which represents the separated families, are expected back in court Monday to review the government's plan, CBS San Diego affiliate KFMB reports.

U.S. District Judge Dana Sabraw said at a hearing in San Diego that the government has demonstrated good faith and largely complied with a deadline this week to reunite families with children under 5.

At the same time, he indicated he will be monitoring the administration's actions ahead of a July 26 deadline to reunite more than 2,500 older children with their families.

The judge said the administration must provide a list of names of parents in immigration custody and their children by Monday and complete background checks for them by Thursday.

The ACLU has said the administration failed to meet last Tuesday's deadline to reunify dozens of children under 5 with their families and should therefore be closely watched as the next deadline approaches.

The administration disputed that characterization, saying it reunified all 58 children under 5 who were eligible and that it complied with the judge's order.

It acknowledged that 19 of the 58 children were reunified Wednesday and one came on Thursday -- after the deadline -- "for logistical reasons specific to each case."

The children were separated from their families under the Trump administration's "zero tolerance" immigration policy. Enacted in April, the policy detained parents who crossed the border illegally and put their children in federal custody. After an international uproar, President Trump signed an executive order June 20 that stopped separation, but it continued immediate detention of parents when they arrived.