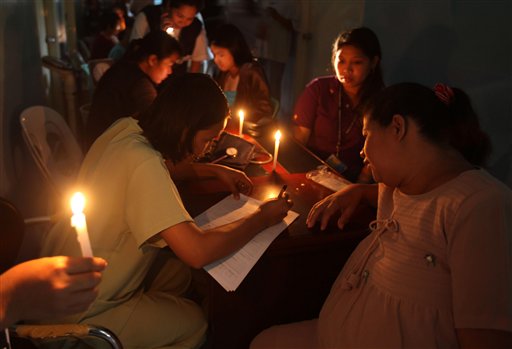 When a powerful storm inundated the Philippines last month, most people rushed to save their homes or their lives. Employees of one museum, however, grabbed the shoes.

The museum houses more than 800 pairs donated by former first lady Imelda Marcos, and many were threatened on Sept. 26 by knee-deep water levels inside the Marikina Shoe Museum in Marikina city, capital of the Philippine shoe industry.

But curator Dolly Borlongan said the staff quickly moved the collection to the top shelves of display cabinets, and only around 100 got wet. Those were cleaned and are drying.

Marikina, east of Manila, was one of the hardest hit areas of the country when Tropical Storm Ketsana swept in, killing nearly 300 people in and around the capital and leaving thousands homeless.

The flamboyant widow of dictator Ferdinand Marcos will forever be remembered for her dazzling jewels and the 1,220 pairs of shoes she left behind in the presidential palace after a popular revolt toppled her husband in 1986. Marcos returned from U.S. exile in 1991.

The shoes include pairs made in Marikina as well as intricately beaded or gold-trimmed imported ones from such luxury houses as Charles Jourdan, Gucci and Ferragamo.