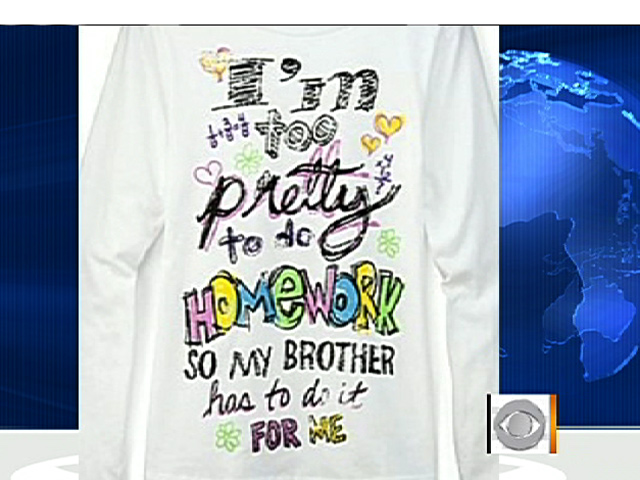 The power of social media was proven once again this week when it took only hours for an online petition drive to prompt JC Penney to stop selling a T-shirt targeted to young girls that had a message some feminist activists and others found objectionable.

The controversial shirt, which sold for $10, said, "I'm too pretty to do homework, so my brother has to do it for me," was sold on the retail giant's website.

It caught the attention of Lauren Todd, a user of Change.org, who promptly posted the petition demanding that the store stop selling the shirt.

By noon Wednesday -- four hours after Knox began tweeting about the shirt to her 10,000 followers, writing about it on Facebook and spreading the word through the feminist blogosphere -- JC Penney apologized and took the shirt off its site.

The petition had 1,600 signatures. With each one, change.org automatically sent an e-mail to JC Penney's CEO.

Penney issued a statement saying, "We agree that the "Too pretty" t-shirt does not deliver an appropriate message, and we have immediately discontinued its sale. Our merchandise is intended to appeal to a broad customer base, not to offend them. We would like to apologize to our customers and are taking action to ensure that we continue to uphold the integrity of our merchandise that they have come to expect."

Todd and Knox discussed the shirt, its message, the uproar it caused and Penney's response on "The Early Show" Thursday with co-anchor Erica Hill.

To see the interview, click on the video at the top of this story.