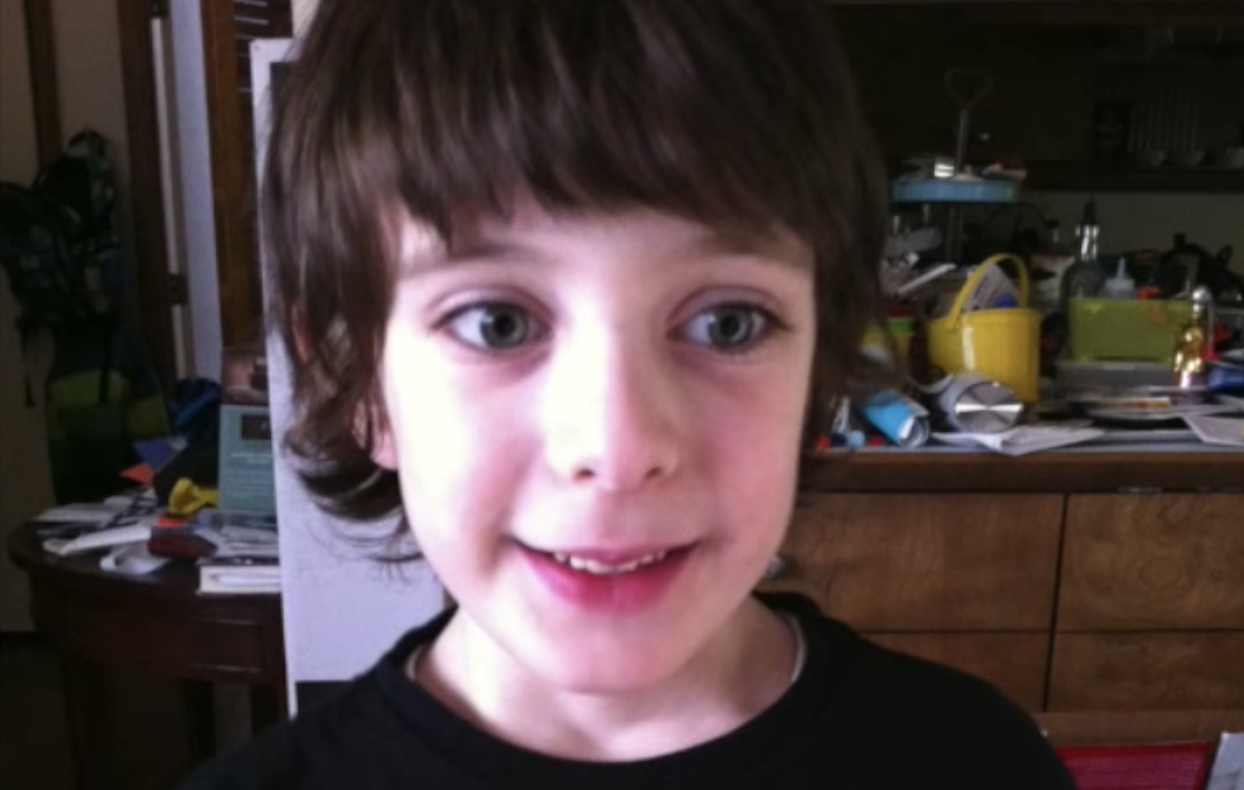 When George Yionoulis' fourth-grade teacher asked if he'd be comfortable making a presentation in class to explain his autism, the 9-year-old boy jumped at the idea. Instead of simply standing in front of the room and talking about himself, Yionoulis decided to produce his very own music video -- and now it's going viral.

"He doesn't necessarily know how far it's reached," George's mom, Lisa Jolley, told CBS News. "He didn't do this to become a YouTube sensation."

But that's exactly what happened.

The fourth-grader from Raleigh, North Carolina, originally made the six-minute video to share with his 21 classmates at Douglas Elementary. He wanted to explain why he may respond to situations differently than others.

"Sometimes he'll go over the top responding to something or he'll get upset in class and other kids don't necessarily know how to deal with it," Jolley explained. "It takes him longer to process information -- to see the big picture. Why should I be quiet? Why do I have to sit for so long while class is going? What we try and illustrate is that he has so much in his head."

But at the end of the day, as George reminded his friends in the video, "I'm a kid just like you."

"I like having fun just like you, so if you ever see me playing by myself it doesn't necessarily mean I don't want to play with you, too," George said in the video.

While he may have similar interests as other kids his age, George explained that his personality may be a bit different. Sometimes, he has a hard time focusing.

"Like a lot of other kids with autism I might not have been looking, but that didn't mean I wasn't listening," George said. "Speaking of listening, I can hear a lot of things and sounds all at the same time, which sometimes makes it hard to focus on any one sound or thought. That's why it may take a little more time to answer you when you ask me a question."

He also tends to take what people say literally.

"That means if you say take a seat, you might find one less chair in your classroom," George said. "If you say it's raining cats and dogs, I might think, 'Oh, I'm getting a puppy!'"

"He feels everything. He's a very old soul," she said.

Jolley was so proud of George's video, which his dad, Michael Yionoulis, helped edit, that she decided to upload it onto YouTube and her personal Facebook page. Within days the video started to take off. As of Tuesday evening, more than 23,000 people have watched the video on YouTube alone.

"It's amazing to se how many people it has touched," Jolley said. "And his class loved it. They have been, according to his teacher, been taking it to heart and having more patience with him."

George was diagnosed with autism when he was 2 years old.

"We had him evaluated for a speech delay. He wasn't talking, so it really came out of nowhere for us," Jolley said. "He was so engaging and warm. I thought, 'He can't possibly have this.'"

As a parent of a newly diagnosed child with autism, Jolley admitted, at first, she was lost.

"Everything you planned for goes out the window. But now I realize it's not out the window, its just shifted. It's in another part of your house," she explained.

She hopes George's video helps other parents like herself and kids like George to understand that it's OK to be different. And those who don't have autism, Jolley says, can learn how to be more inclusive.