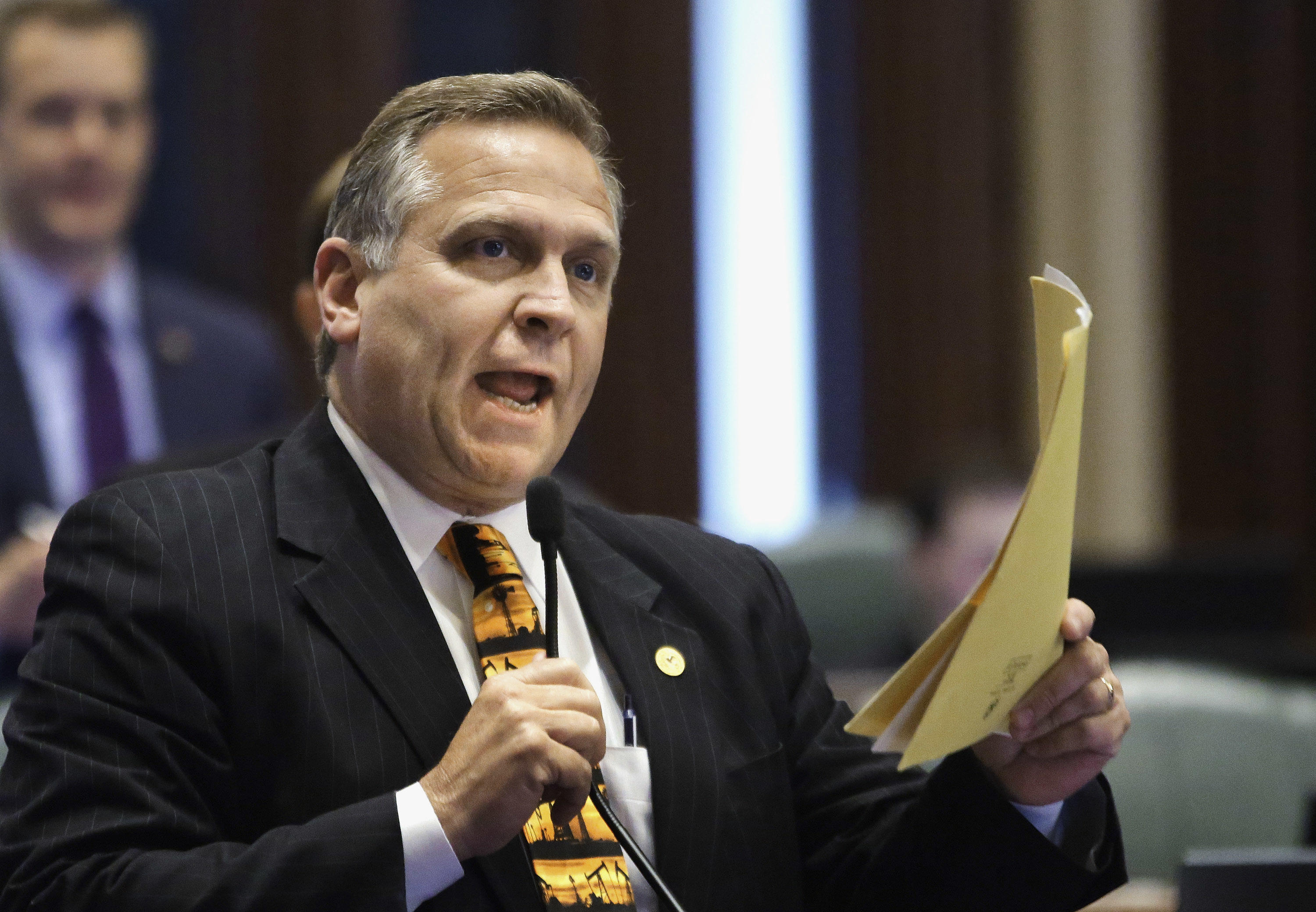 CARBONDALE, Ill. -- An Illinois congressman compared town hall meetings, which for many Republicans have turned into raucous affairs, to the practice of “cleansing” by “Orientals.”

Republican Rep. Mike Bost made the assertion during a meeting with the editorial board of the Southern Illinoisan in Carbondale.

Bost visited his 12th District last week, hosting a tele-town hall instead of an in-person one.

“The amount of time that I have at home is minimal, I need to make sure that it’s productive,” Bost told the editorial board. “You know the cleansing that the Orientals used to do where you’d put one person out in front and 900 people yell at them? That’s not what we need. We need to have meetings with people that are productive.”

In a statement Thursday, Bost said he “used a poor choice of words” in describing “coordinated disruptions” he says are taking place across the country.

Bost spokesman George O’Connor said Bost’s use of Orientals was a reference to sessions during China’s Cultural Revolution when individuals were publicly humiliated and subjected to verbal abuse by a crowd.

“While there was no malicious intent, I regret that my words may have distracted from an important point,” Bost said. “When the booing and shouting drowns out the conversation we’re trying to have with our constituents, it becomes that much harder to govern.”

Some Republicans in Congress have participated in rowdy town halls in which crowds have expressed concerns about President Donald Trump’s policies. A few, like Utah Congressman Jason Chaffetz, have been shouted down and booed.

Bost described the town halls as “out of control, which means you don’t actually get to talk to people and listen, and we’re looking for ways to do that.”

In an editorial, the Southern Illinoisan noted that the people of his district want to have their voices heard, and doing it over the phone or the internet just won’t do.

It went on to say, “It is part of his job description to, from time to time, take the heat. A leader should not be reluctant to meet with his constituents personally.”

In 2012, as a state representative, Bost screamed profanities and referenced the Bible during a tirade directed at powerful House Speaker Mike Madigan. “Total power in one person’s hands – not the American way!” Bost said, according to CBS Chicago.

The outburst, which created an internet stir, came as House members prepared to vote on a contentious pension bill without a chance for debate or amendment.