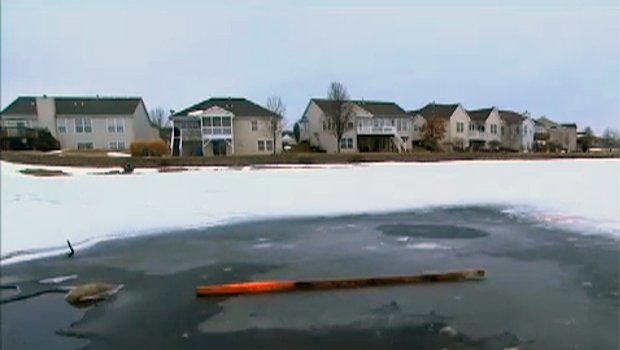 OSWEGO, Ill. -- A suburban teen is getting a little hero treatment at home these days, for helping to save the life of another child, reports CBS Chicago.

Earlier this week, a young boy fell through the ice in a retention pond in Oswego, Ill. Zac Thomas decided he needed to help the boy himself.

“The first thing that went through my mind was to get him out,” the 14-year-old says.

Zac had seen the fourth-grade boy who had fallen through the ice and was crying for help. The 9-year-old dropped into the brutally cold water almost to his neck.

“I ran down there, and I stood on the grass and I reached out and I grabbed his hand and I pulled him out,” Zac says.

Zac then walked the cold, thoroughly soaked boy home to his waiting sisters.

He says his Boy Scout training prepared him for the emergency.

As for the little boy who went through the ice, he’s apparently OK. His mother says she is tremendously grateful to Zac.