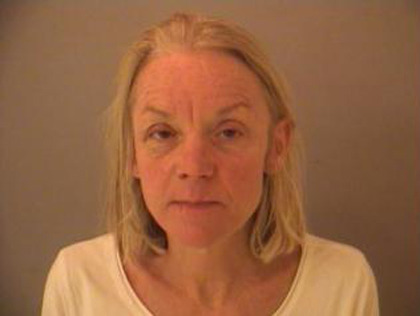 Police say Bildsten was charged with one misdemeanor count of aggravated assault and theft of labor.

Bildsten allegedly walked out of a Joe's Crab Shack restaurant in Gurnee on Tuesday without paying the bill, according to CBS affiliate WBBM

Officers later found her at her home where she allegedly threatened to batter the officer with a "rigid female pleasure device."

WBBM reports that the officer was not injured and Bildsten was taken into custody.

She also faces an ordinance violation for being a pedestrian under the influence.

Bildsten was released on a personal recognizance bond and issued a court date of Dec. 6 at the Lake County courthouse, police said.

It was apparently the second time Bildsten had walked out on a tab at the restaurant.