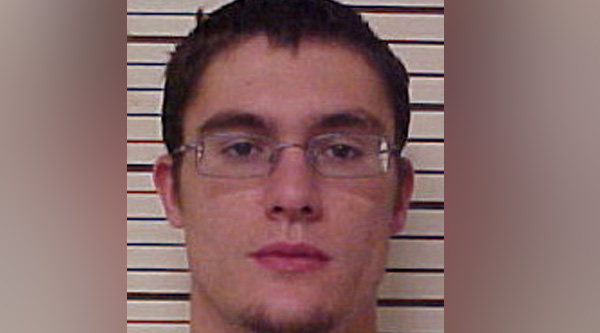 BELLEVILLE, Ill. - A southwestern Illinois man who was found sitting on a couch near the remains of acquaintance he had allegedly killed, has been charged in connection with the murder, reports CBS affiliate KMOV.

Police reportedly said Rogers had known Feldt since he was 3 years old. The victim was helping Rogers get his life back on track by giving him shelter and work.

Rogers is believed to have spent at least a day in the house while Feldt’s body remained on the living room floor, an investigator said. Mascoutah Police Chief Bruce Fleshren said Feldt's relatives asked officers Monday to check on the man's well-being. Police later that day found Feldt's body in the living room, with Rogers on the couch.

Feldt had not been seen since Thanksgiving Day. When his body was discovered, he had been dead at least a day, Fleshren said.

Rogers' criminal history includes property crimes and traffic offenses, as well as a burglary conviction in 2010, Fleshren said. At the time of his arrest Monday, Rogers was being sought on a warrant related to possession of controlled substances.

"We do not know the motive (for the killing) or what exactly caused the final encounter," Fleshren said in a news release. "We believe that Rogers stayed at the house after the crime simply because he had nowhere else to go, and knew it was only a matter of time before the police found him."