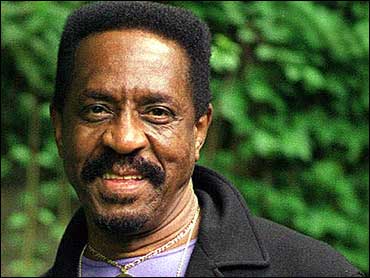 "We are listing that he abused cocaine, and that's what resulted in the cocaine toxicity," said Paul Parker, chief investigator at the medical examiner's office.

The findings were first reported by the North County Times.

Turner, whose musical accomplishments were overshadowed by his image as the man who brutally abused former wife Tina Turner, died Dec. 12 after years of drug abuse. He was jailed in 1989 and served 17 months.

Turner once told The Associated Press he originally began using drugs to stay awake and handle the rigors of nonstop touring during his glory years.

"My experience, man, with drugs - I can't say that I'm proud that I did drugs, but I'm glad I'm still alive to convey how I came through," he said. "I'm a good example that you can go to the bottom. ... I used to pray, 'God, if you let me get three days clean, I will never look back.' But I never did get to three days. You know why? Because I would lie to myself. And then only when I went to jail, man, did I get those three days. And man, I haven't looked back since then."

But while he would readily admit to drug abuse, Turner always denied abusing his ex-wife. In her 1987 autobiography, "I, Tina," Tina Turner told of a brutal pattern of abuse.

After years out of the spotlight his career finally began to revive in 2001 when he released the album "Here and Now." The recording won rave reviews and a Grammy nomination and finally helped shift some of the public's attention away from his troubled past and onto his musical legacy.

Turner spent his later years making more music and touring, even while he battled emphysema.