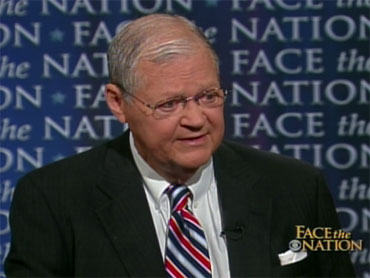 Rep. Ike Skelton, a Democrat, told reporters Tuesday that he traveled throughout his congressional district over the weekend holiday recess, shortly after the House voted to repeal the ban, and the issue "just wasn't raised" by his constituents.

The full Senate has not voted yet on the bill.