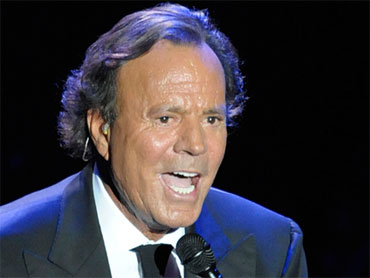 Julio Iglesias has a reputation as a famous lover, but he told a concert audience he abandoned his prolific sex life 15 years.

During a performance in Punta del Este, Uruguay, he said that when he first performed there at age 24, he was "like a rabbit."

The singer added that he had a "superstition, a quirk or whatever, that I couldn't go onstage to sing if I didn't make love first."

But the 66-year-old singer says, "I gave that up completely 15 years ago."

Iglesias' comments were reported Friday by Uruguayan newspaper El Pais. Iglesias publicist Paula Montoli didn't comment on whether Iglesias was celibate, but told The Associated Press his comments were intended to be lighthearted and "ironic."