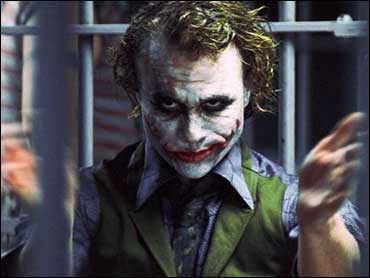 Matilda, daughter of the late Ledger and actress Michelle Williams, has been designated by the Academy of Motion Picture Arts and Sciences as the eventual owner of her father's Oscar, should he win for his portrayal of the Joker in "The Dark Knight."

The actor died of an accidental overdose of prescription drugs last year at the age of 28.

But Ledger's nomination, and his daughter's young age, led to one of the trickiest situations the academy has dealt with in its eight decades of awarding posthumous Oscars.

"It's complicated, because there are two different questions that have to be answered," says Bruce Davis, executive director of the academy. "First, we have to decide who gets the job of accepting the award onstage on the night of the ceremony. And then there's the question of the eventual disposition of the posthumous statuette, which may not stay with the person who accepts it."

In Ledger's case, says Davis, the second question was the hardest to answer.

Academy tradition calls for a posthumous statuette to go to the spouse, or, if there is no living spouse, to the oldest child. Ledger wasn't married, and Matilda is his only child.

Yet because she is only 3, Matilda is legally unable to sign the winner's agreement - a contract required of all nominees that says the recipient will not resell his or her Oscar without first offering it back to the academy for $1. The agreement is the academy's way of limiting what might otherwise be a lively secondary market in Oscars.

"From our point of view, somebody has to sign the winner's agreement, and a 3-year-old can't do that," says Davis. "Nor can a parent sign any kind of legal document that obligates a child to do something once they turn 18. I didn't know that before we looked into it, but it's a good law."

After conversations with Williams and with Ledger's family in Australia, the academy hit on a solution: "In the event that Heath Ledger should be selected as the supporting actor recipient, the statuette will be held in trust for his daughter by her mother, Michelle Williams, until Matilda reaches the age of 18," says Davis. "At that point, she may execute what we call an heir's agreement and keep the statuette forever - or, if she chooses not to do that, it will return to us."

In other words, the Oscar statuette can spend the next 15 years with Matilda, but her mother, who has signed the academy's agreement, will be the legal custodian. When Matilda is old enough, she can claim ownership by signing the agreement. If she does so, she'll become the official owner and will be legally bound not to sell her Oscar; if she opts not to sign, the statuette will revert to the academy without any payment.

As for who would accept the award, that - like many other aspects of the ceremony - is a matter that show producers Laurence Mark and Bill Condon are keeping under wraps. Davis will only say that tradition calls for a posthumous Oscar to be accepted either by a close relative or "an artist who was close to the nominee, and who can speak credibly for him or her." (The last posthumous Oscar went to cinematographer Conrad L. Hall in 2002, and was accepted by Hall's son.)

"We always had a very good idea of what we should do and who was going to accept," says Gil Cates, who produced 14 Oscar shows that included nine posthumous nominations and three wins. "You need to line up someone who's respectable to avoid any embarrassing or difficult moments, and for me it was always easy to agree with the academy on a legitimate person."

The decision was also simple for this year's other posthumous nominees, Sydney Pollack and Anthony Minghella, producers of best-picture nominee "The Reader." If the movie wins the top prize, the other nominated producers, Donna Gigliotti and Redmond Morris, will also accept on behalf of Pollack and Minghella, and the statuettes will then be given to their widows.

Faced with the prospect of a minor potentially taking possession of Ledger's Oscar, the academy has in recent days revisited the way it handled underage winners such as Tatum O'Neal, who was 10 when she won best supporting actress for 1973's "Paper Moon," and Anna Paquin, who in 1994 won the best supporting actress award for "The Piano" at age 11.

"What we've tended to do is have them sign anyway, and then get back to them after they turn 18 and ask them to re-execute the agreement," Davis says. "I would love to tell you that that has happened in every single case, but your call prompted a little research. And in a couple of cases, we've never completed the circle."

In other words, there may be some Oscars out there not under academy control?