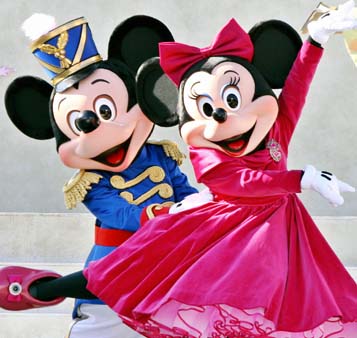 Larry Bird proved he could coach in his rookie season. Now he's leaving his future with the Indiana Pacers in the hands of his players.

"If they come to me and tell me they want somebody else to lead them, that's fine with me. I can move on," Bird said when asked about returning next season. "But it's been an enjoyable year. I'll talk to some of the players in the next couple of days and get their feelings."

A survey of the players indicates he will return next season.

"With the job that he did this season, the question is stupid. He's the coach of the year, because he let his players perform on the court," said Mark Jackson, who set a franchise record with 713 assists.

"He came to us with the reputation as a proven player, and let us do our job. I certainly hope he'll be back," said Reggie Miller, who led the team in scoring with a 19.5 average.

"Larry will be successful in whatever he does. I certainly wasn't surprised he was as a coach. His dedication to hard work makes everyone around him better," Chris Mullin said.

Despite never having coached at any level, Bird produced the most successful NBA season in franchise history, calmly guiding the team within minutes of its first trip to the NBA Finals.

Bird's return to his home state produced a 58-24 regular season record, a 19-game improvement over 1997, and the NBA Coach of the Year award.

He took a club which failed to make the playoffs last season and skillfully manipulated his manpower, developing a deep bench with players that were unselfishly willing to accept their roles.

"He made us all feel we were part of the team. Sure, five guys started most of the time, but we all got along well and achieved as a team," reserve Jalen Rose said.

"When you talk about this year and last year, you've got to start with the change at coach," Rose added. "Playing for him is something special. ... He's revived my career. Whether it lasts one more day or for 10 years, I'm going to take advantage of everything he can teach me."

Even after Sunday's defeat, Bird maintains that the talent was there to win a championship.

"I've seen my team grow. We've done a good job of staying focused and together," he said. "I didn't get them where I wanted to take them, though."

The big questions for the Pacers this offseason is what will happen with free agents Rik Smits and Travis Best. Team president Donnie Walsh said he would like to re-sign both players.

"I don't want to move, but we will have t see how things go in the market," said Best, who has developed a close friendship with Jackson and credits the veteran for helping him grow at point guard.

"This is the only team I've ever played with. I love the city and I love my teammates. I'm very happy with the coach and how he lets me play," said Smits, who earned $4 million this season and would likely want to more than double that in a new contract.

Mark West, who played in only 15 games during the season and got into only four of the 16 playoff games, will likely be gone next season. The future of guard Fred Hoiberg, who played only 20 minutes in the playoffs, also looks uncertain.

The biggest problem for the team, which proved fatal against Chicago, was rebounding. The Pacers were consistently outrebounded, especially off the offensive glass. They also were often outhustled for loose basketballs.

Both areas were strong points of Bird in 13 seasons with the Boston Celtics. Look for him to stress improving in both in the coming months.

Among those who may play a bigger role next season are 1998 first-round draft pick Austin Croshere, along with free agent signees Mark Pope and Etdrick Bohannon. Croshere and Bohannon spent most of the season on the injured list, while Pope played only 193 minutes during the regular season and 42 minutes in seven playoff appearances.