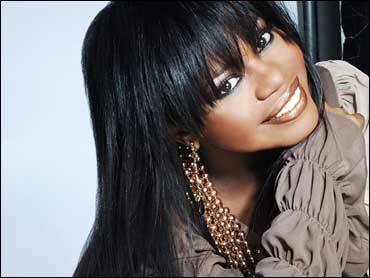 Diminutive singer Paris Bennett wowed the judges with her version of Dave Brubeck's "Take 5" when she auditioned for last year's "American Idol" in Greensboro, N.C.

The fact that a teenager could sing with the sophistication of a seasoned pro won her a ticket to the semifinals in Hollywood. She made it as far as the fifth round before being eliminated from the show, but that hasn't stopped her from moving forward in her career.

Bennett, who was born in Rockford, Ill., released her debut album, "Princess P" on May 8.

"I am very excited. I've been recording my album since about late November," Bennett told The ShowBuzz. "It basically is an album of my life: things that I've experienced and things that I'm experiencing now as an 18 year old, as a teen speaking for other teens and even people older than me."

Her first single is "Ordinary Love" which she says is for teens who are "not experienced in this four-letter word called love and figuring out and distinguishing what exactly it is."

"I always say that if you're looking for love, you don't want an ordinary love, you want to be in love with your soulmate," she said.

Kevin Covais, the bespectacled teen who earned the nickname "Chicken Little" on the show, appears on one of the album's tracks — as a rapper.

Bennett said Covais impressed her with his rendition of rapper Kanye West's music.

"He could quote his rap all day long," said Bennett. "I thought it would be a cool idea when I was doing my album if we'd do something where we'd rap."

Bennett said she's been watching this year's "American Idol" and felt an affinity for the high-profile contestant, Sanjaya Malakar, who was known more for his choice of hairstyles than for his so-so singing ability.