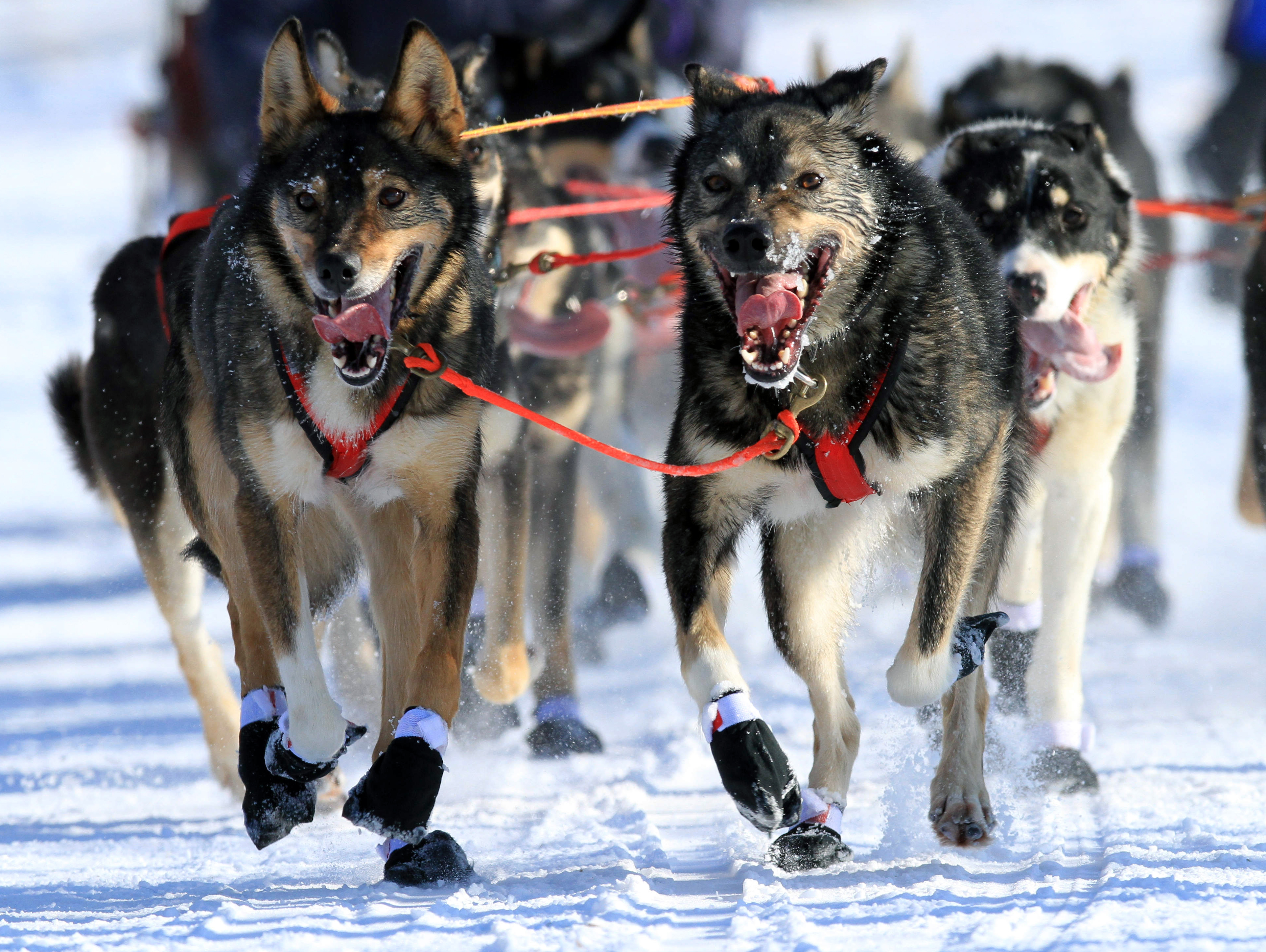 ANCHORAGE, Alaska -- Authorities in Alaska were investigating after a female competitor in this year's Iditarod Trail Sled Dog Race said two men on snowmobiles groped her as her mushing team passed by.

Alaska State Troopers were looking into the March 13 incident as harassment for now, James Lester said Monday. The 27-year-old rookie musher reported the groping at the checkpoint in the village of Nulato, almost 350 miles from the Nome finish line.

The incident happened a day after a man on a snowmobile intentionally drove into two top Iditarod teams, killing one dog and injuring others, authorities say.

Lester said he has been trying to contact the rookie musher and has not interviewed her yet. The woman, who went on to complete the 1,000-mile race, couldn't immediately be reached for comment by The Associated Press on Monday.

The AP generally does not name people who may have been a victim of a sex crime.

Lester described the groping as offensive touching on the buttocks.

The Iditarod released a timeline of the incident Friday, saying two men had stopped next to the trail, and the musher thought they wanted to give her a high-five. Race marshal Mark Nordman said in the release that he immediately contacted authorities after a race judge notified him.

Nordman referred questions to the timeline when reached Monday by phone. Asked if the groping and snowmobile attack this year would lead to changes, Nordman again referred to the timeline, which states that further discussion "will occur in coming months."

It is not clear why Iditarod officials did not release information about the incident earlier. Nordman and race CEO Stan Hooley did not return messages Monday seeking additional information.

The Iditarod quickly announced the March 12 snowmobile attack against the teams of musher Aliy Zirkle, who finished third this year, and four-time champion Jeff King, who came in ninth. One of King's dogs was killed, and others in both teams were injured.

In those cases, Arnold Demoski has been charged with assault, reckless endangerment and reckless driving. His attorney, Bill Satterberg, declined to comment on the case through his office Monday.

Iditarod officials at first reported King had been injured. But the four-time champion said later the snowmobile had missed both him and his sled when it crashed into his dogs at high speed from behind.

"One of my dogs was killed pretty much on the spot, and a couple others I gave first aid to the best I could and loaded them in my sled," King told CBS affiliate KTVA last month. "I kinda felt like a triage ambulance."

Zirkle, 46, who finished second three times from 2012 to 2014, was mushing from Kokukuk to Nulato, a run of less than 20 miles on the Yukon River, when she was hit, race marshal Mark Nordman said.

The snowmobile hit the side of Zirkle's sled about five miles out of Koyukuk, turned around multiple times and came back at her before driving off, Alaska State Troopers spokeswoman Megan Peters said by email.

The snowmobile reappeared 12 miles out of Nulato. The driver revved up and was pointed at Zirkle before leaving, Peters said.

One dog on her team was bruised. Officials described the injury as non-life-threatening.

King was behind Zirkle and fared worse. When King reached the vicinity, he was struck from behind by the snowmobile, and at least three of his dogs were hit.

"It did not seem like an accident," King said in an interview with Iditarod Insider last month. "It seemed like an act of bravado and playing chicken. The river is a mile-wide, the packed trail is 40 feet wide. I had lights on, reflectors on my harnesses, sled bag, two lights on my person. It really felt like an intentional attempt to scare me."