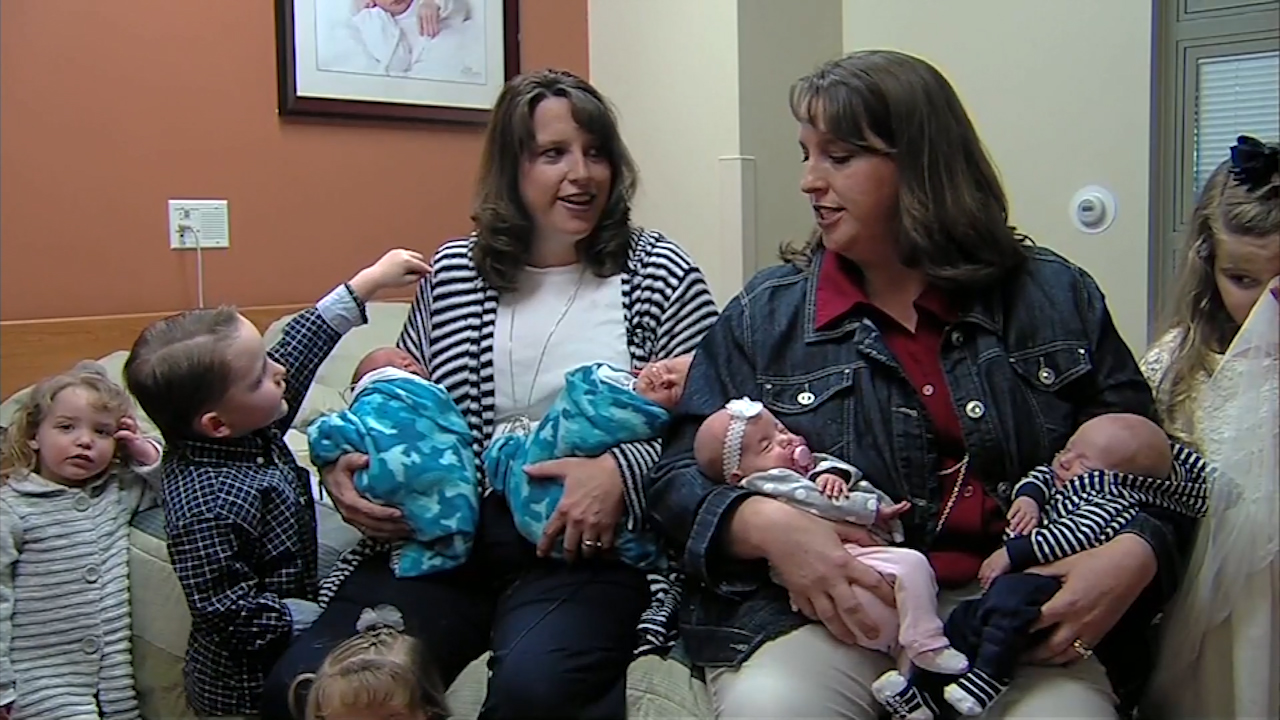 OREM, Utah -- A Utah family is counting is blessings, two by two.

Between the two of them, Kerri Bunker and Kelli Wall, 36, have nine children under 5 years old.

After the birth of twins, the Bunkers continued fertility treatments so Kerri could freeze her eggs for future IVF treatments, but they never needed those frozen eggs. They were able to conceive their third child, Sadie, through natural means.

"And we were told we could never get pregnant on our own. Which was kind of a crazy story!" she said.

The Walls continued with IVF and found out they were pregnant again last June. They soon discovered they'd be having another set of twins.

That same day, Bunker took a pregnancy test and learned, much to her surprise, she was expecting again, too. A few days later, doctors told her it was twins.

"I still can't even believe it! My mom and dad said, you know what, obviously these babies need to be here. There's a reason," she said. "So we're chalking it up as a miracle."

The Bunkers are currently building a new home next door to the Walls, and the two families say all nine kids will grow up together.