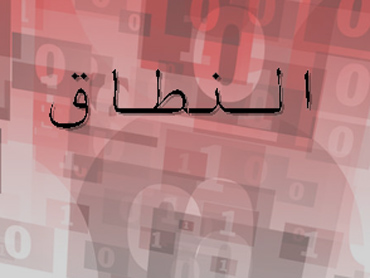 A diverse coalition of advocacy groups has united behind a plan that recommends tax breaks and an expansion of existing government programs to reduce the number of Americans who lack health insurance.

The groups, representing doctors, insurers, employers and patients, have been working behind the scenes for nearly two years to address an issue that has garnered increased attention on the part of both individuals and officials.

Unlike many other countries, the United States does not have a universal health care program. In addition, companies have sought to trim costs by either passing on to workers a larger share of the insurance premiums or cutting programs — efforts that have strained household budgets.

California Gov. Arnold Schwarzenegger has said he wants to implement a universal health care program in the state, and Democratic Sen. Edward Kennedy has said the federal government should join his home state of Massachusetts in enacting such a plan.

The new Democratic-led Congress has spawned a flurry of legislation and news conferences, all designed to promote an array of bills and ideas that would reduce the ranks of the uninsured, which is now projected at 46.6 million.

The proposal unveiled Thursday stands out because the groups involved are so influential, and, because they are so different. Their ranks include the American Association of Retired Persons, the U.S. Chamber of Commerce and the American Medical Association.

"We achieved what many thought would be impossible," said Ron Pollack, executive director of Families USA, a liberal-leaning advocacy group.

The advocates' first priority is to focus on children. The public strongly supports covering children, and they are less expensive to cover because they typically have fewer health problems, said the Health Coverage Coalition for the Uninsured. The coalition's proposals were summarized in a background paper provided to members.

The coalition envisions a "one-stop shopping" center that would let uninsured children be automatically enrolled in other means-tested programs such as discount school lunches and food stamps. Lawmakers will be asked to appropriate more money for the State Children's Health Insurance Program. The program covers about 5 million people who live in families with incomes too low to qualify for Medicaid but not high enough to afford health coverage on their own.

The initiative also creates a new tax credit designed to make it easier for families with incomes below 300 percent of poverty to pay for insurance for both children and adults.

The coalition also seeks an expansion of Medicaid for adults whose incomes are below the poverty level. Federal funds would be increased to help pay for the expansion, but the brief provides no details about the costs. Nor does it state the size of the tax credit that the groups are seeking.

In its agreement, the coalition avoided perhaps the toughest question of all: How to pay for the recommendations? The proposals for children alone will cost an estimated $45 billion over five years. But coalition members would not take a position about how it should be paid for, except to say they envision that the amount would be covered by the federal government.

"The cost of not doing anything is even more dramatic," said Dr. Reed Tuckson, senior vice president of the United Health Foundation.

But finding $45 billion will require tough trade-offs, such as tax increases or budget cuts in other government programs. That is when opposition to the proposals would likely surface.

Coalition members said they wanted to provide a road map and leave to Congress the determination of what's necessary to follow the map.

"Our intention was to outline the elements necessary to solve this problem. Our goal was not to write legislative specifications," said a brief outlining the coalition's recommendations.