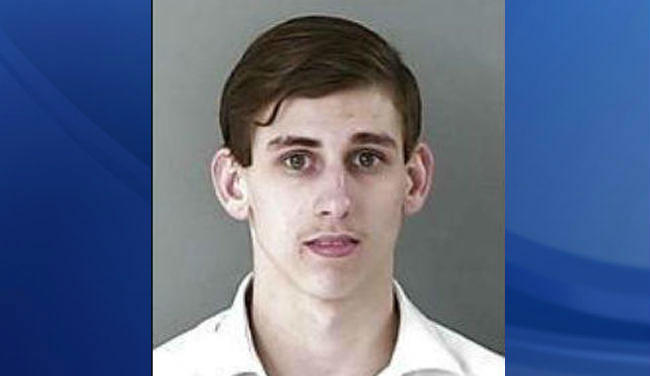 TWIN FALLS, Idaho -- An Idaho judge has ordered a 19-year-old man not to have sex with anyone before he marries as part of his sentencing for statutory rape of a 14-year-old girl.

Judge Randy Stoker sentenced Cody Duane Scott Herrera of Twin Falls to five to 15 years in prison, but he suspended the sentence for a “rider” program. The program is a temporary six-month prison term that gives a judge “retained jurisdiction” over the case, Grant Loebs, Idaho County Prosecuting Attorney, told Crimesider.

If the unmarried Herrera successfully completes the program, he could be released on probation, which requires celibacy unless he weds. Herrera received the sentence in 5th District Court.

Stoker said the probation condition is needed because Herrera told presentence investigators he’s had 34 sexual partners. “If you’re ever on probation with this court, a condition of that will be you will not have sexual relations with anyone except who you’re married to, if you’re married,” Stoker told Herrera.

Herrera in March pleaded guilty to statutory rape of the 14-year-old girl. “It was his intent from the beginning to take what he wanted from my 14-year-old child – her virginity,” the victim’s mother told the court.

Shaakirrah R. Sanders, an associate professor at the University of Idaho College of Law, said the probation condition might be illegal or unenforceable.

“I think it infringes on his constitutional rights,” she said.

Sanders said judges have discretion in creating special probation terms, but they can’t violate the federal or state constitution. “I think if he appealed, he would win,” Sanders said.

Though not enforced, an Idaho statute technically outlaws sex before marriage, and those on parole are required to follow the law, Loebs told Crimesider.

He said judges have discretion over choosing terms of probation, and that defendants must agree to them – though a judge may decide against probation if a defendant rejects the terms.