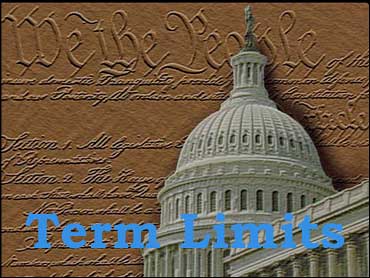 The Idaho Legislature overrode the governor's veto Friday, making the state the first in the country to repeal its term limit law.

"We have to decide what is the best public policy for this state no matter what happens," said House Speaker Bruce Newcomb. "Term limits is not in the best interests of this state."

The House's 50-20 vote to override the veto was followed by a 26-8 vote in the Senate. Both were more than the two-thirds majority necessary.

Gov. Dirk Kempthorne, who rejected the repeal plan on Thursday, had accused term-limit opponents of ignoring the electorate and called the attempted repeal of the 1994 term-limit law unconstitutional.

The Idaho Republican Party once endorsed term limits as a way to end the careers of liberal East Coast members of the U.S. Congress. But the state Republican Party made the repeal part of its platform two years ago.

Party leaders say local elected officials were never supposed to be the target and that term limits take away critical experience from government, especially in rural areas where many small towns have struggled to fill local offices.

The U.S. Supreme Court voided the congressional term limits in Idaho's law and similar laws adopted in 15 other states in 1995. Only two states have adopted term limits since that ruling.

The Idaho Supreme Court upheld the constitutionality of the state and local government limits in December. They restrict school board and county commission service to six years in any 11-year period and service in all other elected state, city and county offices to eight years in any 15-year period.

Term limits advocates have promised to put the issue before voters in a referendum in November. It would be the fifth time the Idaho electorate has voted on the issue.