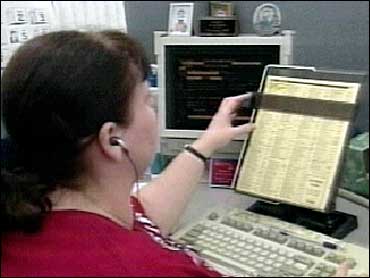 If you have Caller ID you'll now know when a telemarketer is trying to reach you.

Such calls had shown up on Caller ID as "out of area." Now the name displayed by Caller ID must either be the company trying to make a sale or the firm making the call. The display must also include a phone number that consumers can call during regular business hours and ask that the company no longer call them.

The change is part of the rules that set up the do-not-call registry, which consumers can use to block certain telemarketers from calling. Telemarketing companies were given additional time to install the technology needed to display their names and numbers. Some places still don't have Caller ID technology, and firms in those areas do not have to comply.

The do-not-call registry, which took effect in October, now contains 56.3 million phone numbers. Because telemarketers must update their lists of who does not want to be called every three months, consumers who sign up now can expect to see the volume of calls decline in April.

While the telemarketing industry has fought the do-not-call registry, it supported the Caller ID requirement.

"We felt it would go a long way toward helping improve trust and use of telemarketing among consumers," said Louis Mastria, a spokesman for the Direct Marketing Association, a trade group. "It gives consumers the trump card: If you don't want to do business with this guy, you don't have to."

FTC spokeswoman Cathy McFarlane said the agency believes the registry has been a huge success. "People are talking to other people who say, 'I don't get telemarketing calls any more,"' she said.

The government says people on the list can expect about 80 percent of telemarketing to be blocked. Exempted are charities, pollsters and political campaigns, as well as companies that have recently done business with someone on the do-not-call list.

The FTC has received more than 100,000 complaints so far. While the FTC has yet to take any action against a firm for violating the do-not-call list, the Federal Communications Commission in December issued a complaint against California-based CPM Funding Inc./California Pacific Mortgage.

People can register numbers or file complaints at www.donotcall.gov or by calling 1-888-382-1222. Firms that call numbers on the list face fines of up to $11,000 for each violation.

Telemarketing companies still are trying to undo the list. They have appealed to the 10th U.S. Circuit Court of Appeals in Denver, which heard arguments in November and could release a decision at any time.

Industry officials say they expect about 2 million of their 6.5 million workers will lose their jobs within two years if the courts uphold the do-not-call rules.

"Last year's story was the potential impact," said Tim Searcy, executive director of the American Teleservices Association, an industry group. "This year's story will be the real impact."