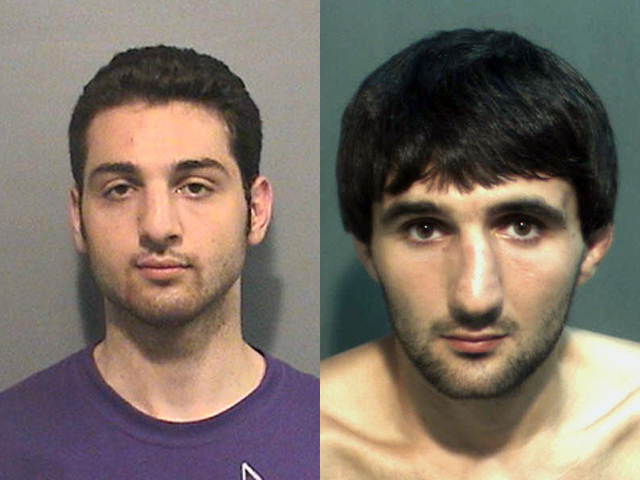 A friend of Boston bombing suspect Tamerlan Tsarnaev implicated himself and Tsarnaev in an unsolved triple homicide before authorities say he instigated a violent confrontation that resulted in his death early Wednesday morning, CBS News correspondent Bob Orr reported.

The shooting happened inside an Orlando apartment complex as an FBI agent and Massachusetts State Police detectives were questioning Ibragim Todashev about his friendship with Tsarnaev.

Law enforcement sources said the two Chechen immigrants once trained together at a Boston area gym. But evidence also suggests a criminal connection, involvement in a grisly triple murder that occurred in September 2011, in Waltham, Massachusetts.

Three men, including one who trained at the same gym, were found with their throats cut, their bodies had been covered with marijuana and thousands of dollars in cash. No one has been charged.

But sources say during questioning Tuesday night, Todashev implicated himself and Tamerlan Tsarnaev in the killings. As investigators pushed at him towards a confession, he snapped, reported Orr.

Law enforcement officials say the 27-year-old mixed martial arts fighter made a move that threatened the investigators. The FBI agent, who suffered cuts in the altercation, shot and killed Todashev.

The FBI became interested in him after phone records suggested a connection to Tamerlan Tsarnaev. Over several weeks agents kept tabs on Todashev and questioned him a handful of times. The FBI found nothing connecting Todashev to the Boston attacks.

Todashev, who lived in the u.s. for the past several years, was arrested two weeks ago on an aggravated battery charge. But now investigators want to find out if he had any connections at all to anything worse, including radical extremists overseas.

Earlier, CBS News senior correspondent John Miller reported that Todashev was a mixed-martial-arts fighter. Fighting was at least one interest that Todashev shared with Tamerlan Tsarnaev, who was once a boxer.

Miller also reported that Todashev had been to Chechnya before and was scheduled to return to Chechnya this week but canceled his flight.