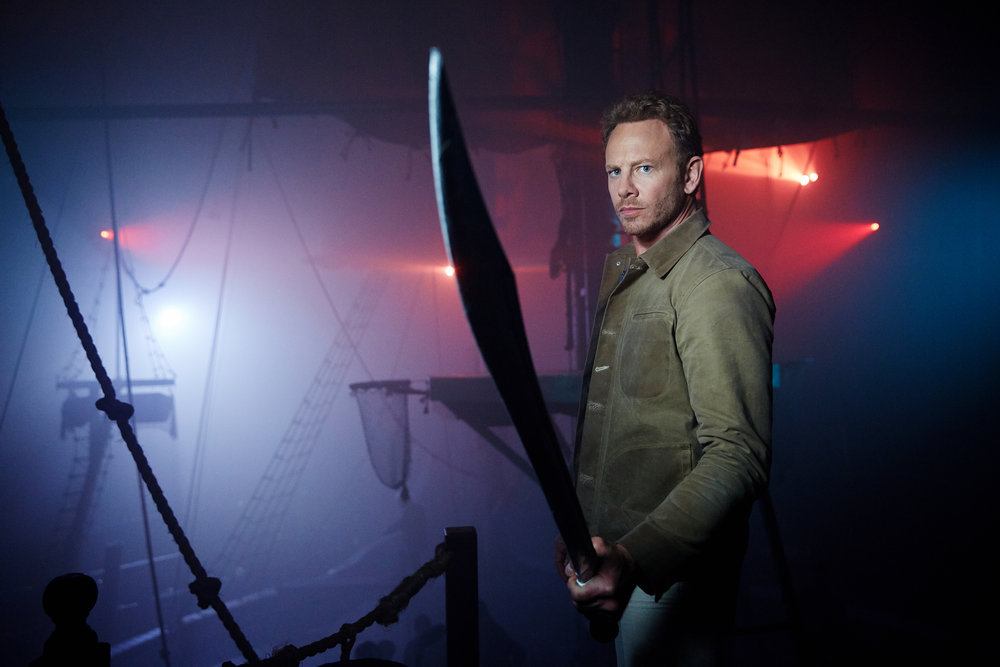 No one could have predicted the breakout success of the Syfy TV movie “Sharknado” -- least of all actor Ian Ziering. The “Beverly Hills, 90210” alum talked to CBS News about why he took on the role of Fin Shepard in the franchise, “Sharknado: The 4th Awakens” and his life as a dad.

You first became known for your role as Steve Sanders on “Beverly Hills, 90210,” and now a new generation of viewers know you from the “Sharknado” franchise. What’s been your most memorable role?

Well “dad” is the best role I’ve ever had, and being a dad of two little children presents challenges at every stage. So I do my best to roll with the punches so we can both handle whatever curveballs are thrown.

And what are some of those curveballs?

Right now, my youngest, Penna, is in those formative years and bedwetting at night is a bit of a thing right now. When I was a kid, it was always very embarrassing for me if I wet the bed -- I was 5 years old. I didn’t want my parents or my brothers to find out because they’d bust my chops to no end.

My daughter Penna is able to use GoodNites pants and it makes it a complete non-issue because whatever wetness is drawn away from the baby’s skin. She doesn’t even know she wet her GoodNites, and in the morning she takes them off by herself so it helps instill confidence rather than, in contrast, when I would wake when I wet the bed. It’s so much better to empower our children to feel confident and sure of themselves.

You had a big career revival with “Sharknado.” What made you think that it was a good idea to take on that project and that it would be a success?

I never thought that at all. I only did this to receive healthcare. I wasn’t sure this was going to do wonders for my career. It was really at my wife’s behest that I did this being that she was pregnant and we were going to have a baby a few months after. I’m a dad and that’s a job you can’t fail at. I took one for the team and it turned out not to be a bad thing.

Do you have fun making these movies?

They are so fun. We shoot them in 15, 16 days and it’s a whirlwind. We move very quickly and, through the magic of Hollywood, we’re able to get this movie done with special effects, typically in post-production.

Well, now it’s both. I’ve been acting professionally for 30 years and I’ve been fortunate to work on projects that appeal to different demographics, whether it’s an “American Girl Doll” movie for little kids or “Dancing with the Stars” or an older demographic with “90210” or now, “Sharknado” that’s got mass appeal ... so people come up and say hello and tell me they dig several different things. It’s very flattering.

Well, it takes place five years after “Sharknado 3,” and our story picks up in Kansas where Fin Shepard is now living, away from any coastline, rebuilding his life with his 5-year-old son.

How many more “Sharknados” can we expect?

You know, as long as there’s fan support, I’d expect this to go on indefinitely. How many “Bourne Identities,” how many “James Bonds,” “Fast and Furious” movies are there? This movie accomplishes all of what those movies do and it’s done on a microbudget compared to those movies. So these movies will go on as long as the fans demand it. Last time there were over 2 billion Twitter impressions, so I wouldn’t think this movie will be the final one, although time will tell.

“Sharknado: The 4th Awakens” premieres at 8/7c on Sunday on Syfy.