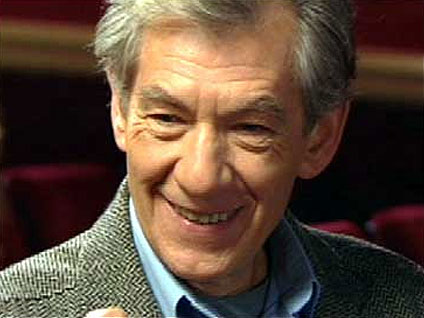 NEW YORK (CBS) The upcoming "Lord of The Rings" prequel "The Hobbit" may have hit another production-related bump.

English actor Ian McKellen, who Gandalf in the film franchise, is reportedly considering leaving the film.

According to MTV Movies Blog, the 71-year-old actor spoke in an interview with New Zealand's "Good Morning" show and revealed that an announcement regarding the troubled "Lord of the Rings" prequel's status is forthcoming. Whether or not McKellen will be on board is up to speculation.

"Well, I'm not under contract and my time is running out and I'm enjoying working in the theater and frankly, I would like to race after doing 'Waiting For Godot,' get on with doing another play but we'll have to see," McKellen said of his "Hobbit" commitment in the interview. "I don't give the producers the impression that I'm sitting waiting."

This development comes after director Guillermo Del Toro walked away from "The Hobbit" project in May, stemming from innumerable production delays and Metro-Goldwyn-Mayer's budget woes, MTV.com reported.