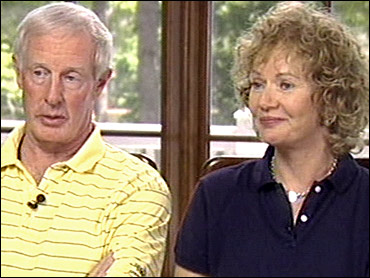 It's been 23 years since wealthy New York businessman Eugene Lang told a class of sixth-graders in Harlem that if they made it through high school, he'd help pay for their college education.

Thus, as 60 Minutes reported back in 1986, the "I Have A Dream" foundation was born. Since that broadcast, Lang's idea has mushroomed across America.

There are now programs in 76 schools and housing projects. So far, more than 13,000 kids have been promised college tuition. CBS News Correspondent Bob Simon reports.

When Lang first stood before those 60 kids at their sixth-grade commencement, class valedictorian Juan Martinez didn't understand that his life was about to change.

"The principal kind of pulled me aside and said, 'Did you hear what he said? He promised to pay for you all to go to college,'" recalls Martinez. "And at that time, I was 12 years old. It didn't really quite sink in because college was a lifetime away. But slowly, I began to realize how big and monumentous that actually was."

It was a big deal, especially since Lang was told that more than three-fourths of these kids would drop out long before graduation.

When 60 Minutes saw "Lang's Gang," the original dreamers, back in 1986, they were all chasing a dream. Desire Rodriguez wanted to be an entrepreneur. David Nieves said he wanted to be "rich," and Martinez said his dream was to win the Nobel Prize in Science.

Martinez never won that Nobel Prize. Instead, he's had to settle for becoming a corporate attorney in one of the most prestigious law firms in the country.

He says the "I Have A Dream" foundation changed his life: "I was given opportunities and exposed to people and places and situations that otherwise I wouldn't have had access to."

Not all of the kids went on to fame and fortune, but 90 percent graduated from high school or earned their GED -- and 70 percent went on to college.

Rousana Serrano is now a vice-president at J.P. Morgan. Rafael Rodriquez is a dentist who runs his own clinic. And Arisides Alvarado became a New York City cop.

The group also includes a music promoter, a lab technician, a computer specialist, an executive secretary, a general contractor and a teacher. And they haven't forgotten the man who made it possible.

Two years ago, more than a dozen of that first batch of dreamers took Lang to dinner on Father's Day. "There isn't anything original about anything I did. Nothing. The only thing is, I did it," says Lang.

There are now 19 states with "I Have A Dream" programs. And in rural Georgia, 54 kids are getting the same incredible deal that Lang's dreamers got almost 20 years ago.

Tom Kelly and his wife, Kathy, always planned to retire early to help disadvantaged kids. Kathy was once mayor of Clearwater, Fla. Tom was an executive at a health care company. But when Kelly first walked into Greensboro Elementary School, principal Joan Antone thought he was a salesman. Well, she was right. He was.

"He basically told me about a program, 'I Have A Dream,' and he said, 'It can happen at your school or it can happen at another school. But it will happen,'" recalls Antone. "And I said, 'Well, it's going to happen here.'"

When Antone found out that her school was selected, she said, "Finally, someone has heard my voice to say 'Can you do something for the children in Greene County?'"

More than a third of the kids live below the poverty line in Greene County, and half of the girls get pregnant while they are teenagers. The Kellys, however, lived in a very different part of the county.

"It's sad. You know, when the situation is, you know, no heat, no electricity, that sort of thing. It's just so sad," says Kathy.

The Kellys are well-off, but they aren't well-off enough to make promises to all the kids at Greensboro Elementary. So they decided to help half of the 120 students in the kindergarten class.

How did they pick them? "We asked each of the kindergarten teachers to give us a list of 10 kids. And of course, they all gave us a list of 20, because they wanted all their kids in the program," says Tom. "At the end, we got real scientific. We picked the last names out of a hat!"

The Kellys sent letters to the parents of the lucky 60 students - parents like Tyesha Dalton's mom, who didn't believe the news.

"I was just kind of shocked," says Toby Moore, Tyesha's mother. "I said, 'Well what kind of program is this?' You know, I thought it was, like, sorta a tricky thing.'"

It was a tricky thing for Tom Kelly, too. He now had to raise a quarter of a million dollars a year to build up that tuition fund.

"The first year, I hated it, you know," says Tom. "And friends would kid and say - they can caller ID - they say, 'Oh crap. It's Kelly on the phone. I'm sure he's asking us for another check.'"

The Kellys have recruited dozens of volunteers to tutor the kids after school. But the acid test of whether all this is working is the dreaded standardized exam.

"We have a program they've been going to on Saturdays, learning to take the test," says Kathy.

"Eighty percent of the dreamers in the last test results tested at or above the national level," adds Tom. "Eighty percent. Phenomenal."

And it doesn't stop there. The Kellys also run something of a finishing school for the kids at a nearby country club.

But if you think the Kellys have their work cut out for them, meet Arne Duncan.

Duncan is CEO and superintendent of the Chicago school system. He's convinced the dreamer concept can help him turn around the third-largest school system in the country – where 60 percent of the students failed the state exam.

It turns out that 12 years ago, Duncan sponsored a sixth-grade class at a Chicago school with a 67 percent dropout rate. But 87 percent of his kids graduated.

"What we were trying to do is prove to the outside world that when you give these children concrete opportunities, when you give them guidance, there's a world of possibilities out there for them. And they will achieve," says Duncan.

But how can they apply this concept to the school system of Chicago – and make it a personal experience?

"Let's go right down the line. We are breaking up large failing inner-city high schools because they're too big and we're creating much smaller learning environments," says Duncan. "Why? Because those lessons we learned through 'I Have A Dream,' of the importance of adult relationships, the importance of having adults who know about children and care about them, are so critically important."

Another lesson Duncan has borrowed from the "I Have A Dream" program is to keep kids in school long after the final bell. Classrooms are now filled with tutus, and Hip-Hop.

At one school, kids are tutored by Boys & Girls Club volunteers. The gym has been turned into a homework center. And the computer class is full.

"All of these students are here on a voluntarily basis. School's been out for a couple of hours," says Duncan.

"I think what it speaks to is an investment we have to make in these young people. We simply have not invested in them. We've just accepted the status quo and said, 'They're poor. They're probably minority. They can't accomplish anything.' But what 'I Have A Dream' does is put the lie to that belief."

Back in Greensboro, the dreamers are proving to be unstoppable.

"A dreamer has the attitude that 'I am somebody,'" says Antone. "You're looking at students who are getting it together, who know where they're going. And who are dreaming."

Simon talked to one student who has three other brothers and two sisters at the school. But this child is the only one who was selected to be part of the program.

As it is, focusing on more than 50 active fourth-graders has turned the Kellys' retirement years into a blur.

Most of these kids had never been out of Greensboro until the Kellys came into their lives. Now, they've been on more than 40 field trips.

When 60 Minutes met with the kids, all of them said they wanted to go to college.

"They believe they can be anything. And, we have won, just because of that," says Tom.

"When I grow up, I would like to be a lawyer," one student, Willie, told Simon. "Because I wanna give back to the community and give the people justice that they deserve. … I know I can do it."

Why are rents skyrocketing across the country?
Thanks for reading CBS NEWS.
Create your free account or log in
for more features.
View CBS News In
CBS News App Open
Chrome Safari Continue
Be the first to know
Get browser notifications for breaking news, live events, and exclusive reporting.