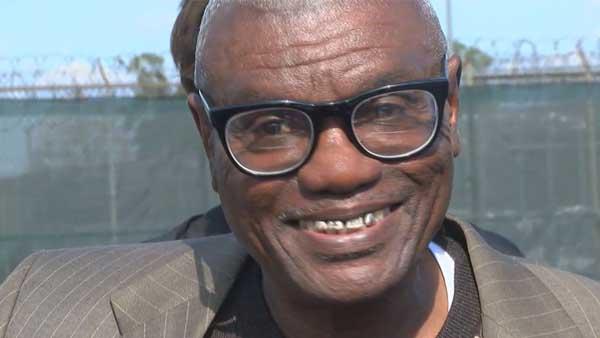 BATON ROUGE, La. -- As Wilbert Jones emerged from a Louisiana prison, free for the first time in more than 45 years, he was asked by a reporter if he harbors resentment against the authorities who withheld evidence in his case all those years ago.

"I forgave and I forgive," Jones said, citing his faith in God for giving him hope during his incarceration, and helping him focus on the future.

Jones, now 65, was 19 when police arrested him on suspicion of abducting a nurse at gunpoint from a Baton Rouge hospital's parking lot and raping her behind a building on the night of Oct. 2, 1971. Jones was convicted of aggravated rape at a 1974 retrial and sentenced to life in prison without the possibility of parole.

The judge who overturned his conviction has called the case against Jones "weak, at best," noting that authorities withheld evidence that could have exonerated Jones decades ago.

"Most of my life was taken away from me for something I didn't do," Jones said, moments after stepping outside a free man for the first time this century.

The non-profit Innocence Project New Orleans has represented Jones since 2003.

Jones said his plans for the day included enjoying a long-awaited meal of gumbo and potato salad with his family. His brother, Plem Jones, said he's always known this meal would come.

"I might have missed (only) one or two visits while he was there. We'd sit and talk and cry together," Plem Jones said. "I never gave up on him. I knew that he didn't do it, so it was only a matter of time. I just didn't know when."

Though Jones credited his faith with helping him persevere, he admitted the decades spent in prison as an innocent man were not easy.

The state's case against Jones "rested entirely" on the nurse's testimony and her "questionable identification" of Jones as her assailant, the judge has said. The nurse, who died in 2008, picked Jones out of a police lineup more than three months after the rape. But she also told police that the man who raped her was taller and had a "much rougher" voice than Jones had.

Jones' lawyers claim the nurse's description matches a man who was arrested but never charged in the rape of a woman abducted from the parking lot of another Baton Rouge hospital, 27 days after the nurse's attack. The same man also was arrested on suspicion of raping yet another woman in 1973, but was only charged and convicted of armed robbery in that case.

Anderson said the evidence shows police knew of the similarities between that man and the nurse's description of her attacker.

"Nevertheless, the state failed to provide this information to the defense," he wrote.

Prosecutors, who argued the state was not required to notify the defense of that information, said they will ask the Louisiana Supreme Court to review the judge's decision, but they do not intend to retry Jones.