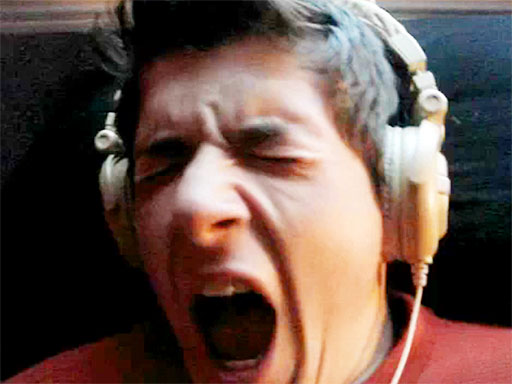 (CBS) Like a scene out of a science fiction movie, kids claim they getting high on data and they are posting the strange results on YouTube.

The "drug" is called i-Doser and kids need nothing more than an mp3 player and a set of headphones to get "high." Its promoters promise a euphoria like ecstasy, marijuana or cocaine and some parents and law enforcement are growing concerned.

How does it work and is it dangerous?

Dr. Helane Wahbeh, an assistant professor at Oregon Health and Science University, explained to NPR that sounds called binaural beats are delivered in stereo headphones, which can create an otherworldly experience.

She described it this way: "Binaural beats happen when opposite ears receive two different sound waves. And normally, the difference in sound between each ear help people get directional information about the source of the sound. But when you listen to these sounds with stereo headphones, the listener senses the difference between the two frequencies as another beat that sounds like it's coming from the inside of the head."

Sounds interesting, but are the kids really getting high?

"We did a small controlled study with four people, and we did not see any brain wave activity shifting to match the binaural beat that people were listening to," she told NPR.

But that doesn't mean kids are reacting to it. Check out these wild YouTube clips and judge for yourself.