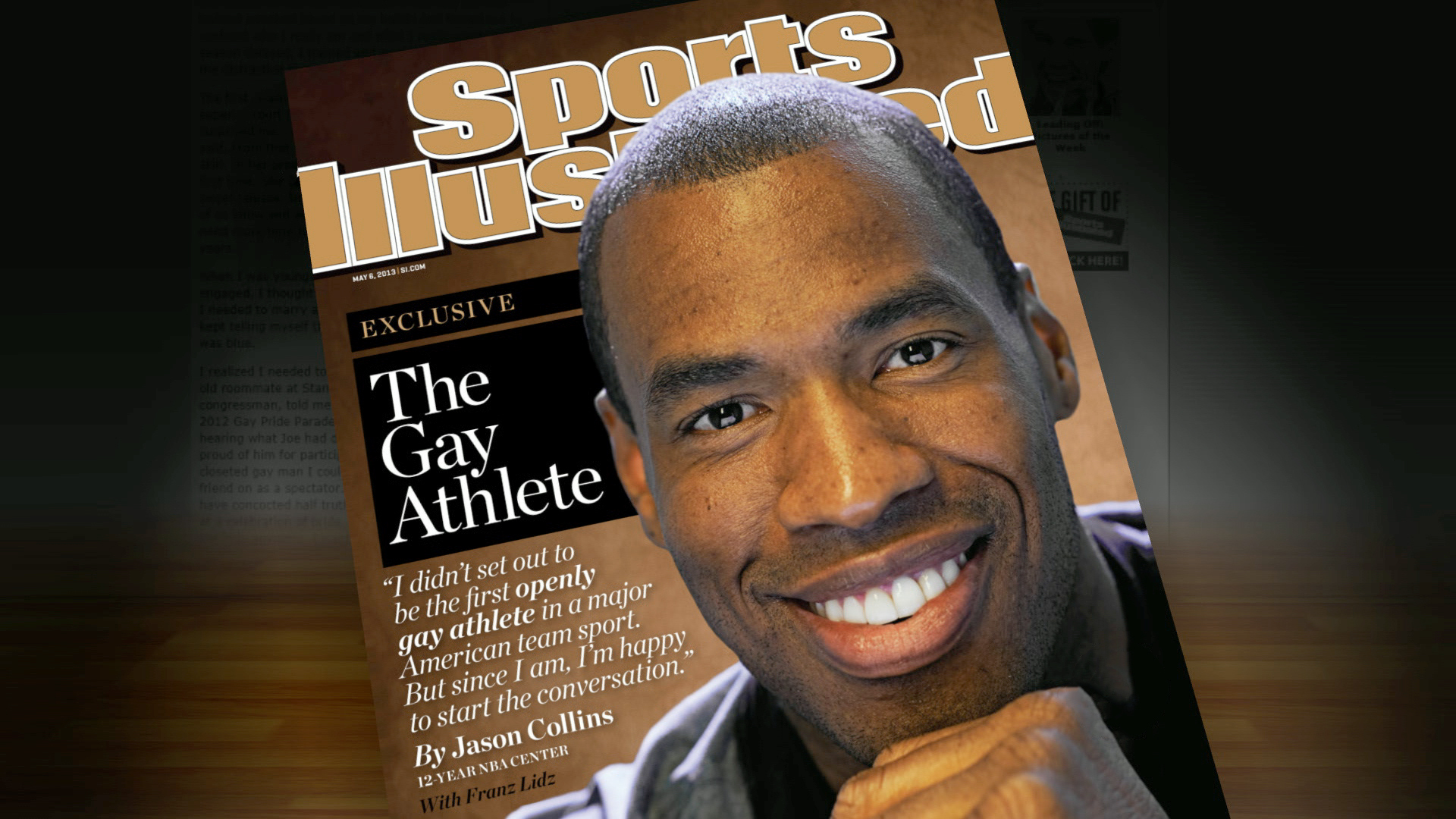 President Obama told NBA player Jason Collins he "couldn't be prouder" of him for announcing that he's gay, becoming the first athlete in the four dominant pro sports to make this announcement.

"Given the importance of sports in our society for an individual who's excelled at the highest levels in one of the major sports to go ahead and say, 'This is who I am. I'm proud of it. I'm still a great competitor. I'm still seven-foot tall and can bang with Shaq. And, you know, deliver a hard foul.

"I think a lot of young people out there who are gay or lesbian who are struggling with these issues to see a role model like that, who's unafraid, I think it's a great thing. And I think America should be proud that this is just one more step in this ongoing recognition that we treat everybody fairly. And everybody's part of a family. And we judge people on the basis of their character and their performance, and not their sexual orientation. So I'm very proud of him."

"So proud of you, Jason Collins! This is a huge step forward for our country. We've got your back!" she tweeted, signing it "-mo," which indicates she - not an aide - sent the message.

Earlier Monday, White House press secretary Jay Carney told reporters he hadn't talked to President Obama about Collins' announcement but said "that here at the White House we view that as another example of the progress that has been made and the evolution that has been taking place in this country, and commend him for his courage, and support him in this effort and hope that his fans and his team support him going forward."