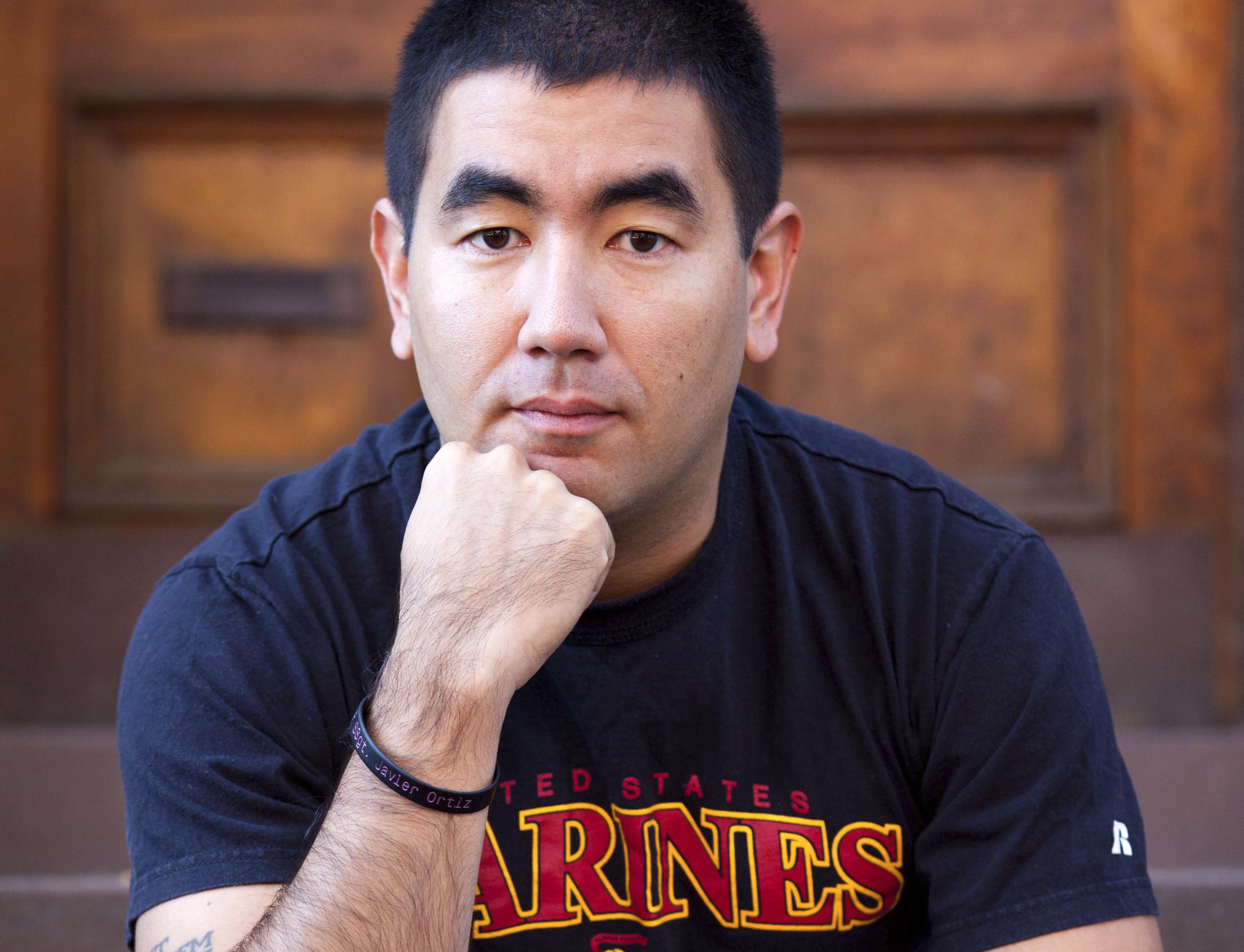 WASHINGTON A veteran of the wars in Iraq and Afghanistan, former U.S. Marine Capt. Timothy Kudo thinks of himself as a killer - and he carries the guilt every day.

"I can't forgive myself," he says. "And the people who can forgive me are dead."

With American troops at war for more than a decade, there's been an unprecedented number of studies into war zone psychology and an evolving understanding of post-traumatic stress disorder. Clinicians suspect some troops are suffering from what they call "moral injuries" - wounds from having done something, or failed to stop something, that violates their moral code.

Though there may be some overlap in symptoms, moral injuries aren't what most people think of as PTSD, the nightmares and flashbacks of terrifying, life-threatening combat events. A moral injury tortures the conscience; symptoms include deep shame, guilt and rage. It's not a medical problem, and it's unclear how to treat it, says retired Col. Elspeth Ritchie, former psychiatry consultant to the Army surgeon general.

"The concept ... is more an existentialist one," she says.

The Marines, who prefer to call moral injuries "inner conflict," started a few years ago teaching unit leaders to identify the problem. And the Defense Department has approved funding for a study among Marines at California's Camp Pendleton to test a therapy that doctors hope will ease guilt.

But a solution could be a long time off.

Killing in war is the issue for some troops who believe they have a moral injury, but Ritchie says it also can come from a range of experiences, such as guarding prisoners or watching Iraqis kill Iraqis as they did during the sectarian violence in 2006-07.

"You may not have actually done something wrong by the law of war, but by your own humanity you feel that it's wrong," says Ritchie, now chief clinical officer at the District of Columbia's Department of Mental Health.

Kudo's remorse stems in part from the 2010 accidental killing of two Afghan teenagers on a motorcycle. His unit was fighting insurgents when the pair approached from a distance and appeared to be shooting as well.

Kudo says what Marines mistook for guns were actually "sticks and bindles, like you'd seen in old cartoons with hobos." What Marines thought were muzzle flashes were likely glints of light bouncing off the motorcycle's chrome.

"There's no day - whether it's in the shower or whether it's walking down the street ... that I don't think about things that happened over there," says Kudo, now a graduate student at New York University.

"Human beings aren't just turn-on, turn-off switches," Veterans of Foreign Wars spokesman Joe Davis says, noting that moral injury is just a different name for a familiar military problem. "You're raised 'Thou shalt not kill,' but you do it for self-preservation or for your buddies."

Kudo never personally shot anyone. But he feels responsible for the deaths of the teens on the motorcycle. Like other officers who've spoken about moral injuries, he also feels responsible for deaths that resulted from orders he gave in other missions. The hardest part, Kudo says, is that "nobody talks about it."

As executive officer of a Marine company, Kudo also felt inadequate when he had to comfort a subordinate grieving over the death of another Marine.

Dr. Brett Litz, a clinical psychologist with the Department of Veterans Affairs in Boston, sees moral injury, the loss of comrades and the terror associated with PTSD as a "three-legged stool" of troop suffering. Though there's little data on moral injury, he says a study asked soldiers seeking counseling for PTSD in Texas what their main problem was; it broke down to "roughly a third, a third and a third" among those with fear, those with loss issues and those with moral injury.

The raw number of people who have moral injuries also isn't known. It's not an official diagnosis for purposes of getting veteran benefits, though it's believed by some doctors that many vets with moral injuries are getting care on a diagnosis of PTSD - care that wouldn't specifically fit their problem.

Like PTSD, which could affect an estimated 20 percent of troops who served in Iraq and Afghanistan, moral injury is not experienced by all troops.

"It's in the eye of the beholder," says retired Navy Capt. William Nash, a psychiatrist who headed Marine Corps combat stress programs and has partnered with Litz on research. The vast majority of ground combat fighters may be able to pull the trigger without feeling they did something wrong, he says.

As the military has focused on fear-based PTSD, it hasn't paid enough attention to loss and moral injury, Litz and others believe. And that has hampered the development of strategies to help troops with those other problems and train them to avoid the problems in the first place, he says.

Boudreau resigned his commission after having questions of conscience. He wrote in the Massachusetts Review, a literary magazine, that being diagnosed with PTSD doesn't account for nontraumatic events that are morally troubling: "It's far too easy for people at home, particularly those not directly affected by war ... to shed a disingenuous tear for the veterans, donate a few bucks and whisk them off to the closest shrink ... out of sight and out of mind" and leaving "no incentive in the community or in the household to engage them."

So what should be done?

Troops who express ethical or spiritual problems have long been told to see the chaplain. Chaplains see troops struggling with moral injury "at the micro level, down in the trenches," says Lt. Col. Jeffrey L. Voyles, licensed counselor and supervisor at the Army chaplain training program in Fort Benning, Georgia. A soldier wrestling with the right or wrong of a particular war zone event might ask: "Do I need to confess this?" Or, Voyles says, a soldier will say he's "gone past the point of being redeemed, (the point where) God could forgive him" - and he uses language like this:

"I let somebody down."

Nash says the Marines are using "psychological first aid techniques" to help service members deal with moral injury, loss and other traumatic events. But it's a young program, not uniformly implemented and just now undergoing outside evaluation for its effectiveness, he says.

At Camp Pendleton, the therapy trial will be tailored to each Marine's war experiences; troops with fear-based problems might use a standard PTSD approach; those with moral injury may have an imaginary conversation with the lost person.

Forgiveness, more than anything, is key to helping troops who feel they have transgressed, Nash says.

But the issue is so much more complicated that wholesale solutions across the military, if there are any, will likely be some time coming.

Many in the armed forces view PTSD as weakness. Similarly, they feel the term "moral injury" is insulting, implying an ethical failing in a force whose motto stresses honor, duty and country.

At the same time, lawyers don't like the idea of someone asking troops to incriminate themselves in war crimes - real or imagined.

That leaves a question for troops, doctors, chaplains, lawyers and the military brass: How do you help someone if they don't feel they can say what's bothering them?