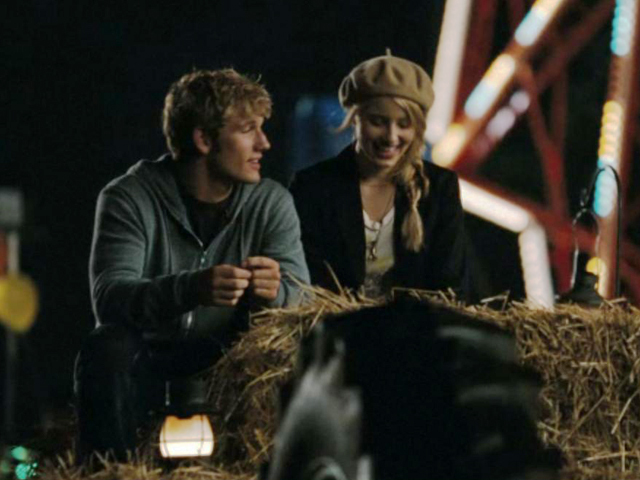 NEW YORK (CBS) "Glee's" Dianna Agron only has eyes for a handsome blonde alien in the just released trailer for the sci-fi flick "I Am Number Four."

The movie, based on the book by James Frey and Jobie Hughes of the same name, centers around a human-resembling teen alien named John Smith (Alex Pettyfer) who is on the run from an enemy species, named the Mogadorians, that are out to destroy him.

[Watch the trailer below]

Three of his kind have already been killed and his guardian, played by Timothy Olyphant, tells John that they can only kill in sequential order, revealing that he is number four.