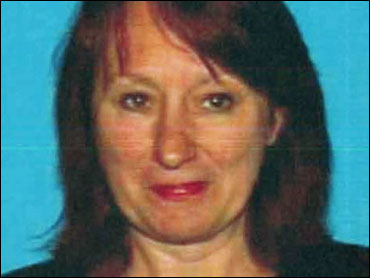 SAN DIEGO (AP) The first hint of trouble aboard the Carnival Elation came three days into the luxury cruise to Mexico, when a passenger contacted the ship's security to express concerns that a woman might be dead.

Crew members went to Shirley McGill's cabin on Tuesday evening and found her body, but her husband, Robert McGill, was not in the room, said Keith Slotter, a special agent in charge of the FBI's San Diego bureau.

On Thursday, Robert McGill was taken into custody from the cruise ship more than six hours after it returned to port in San Diego. He will be charged in the murder of his wife, Slotter said.

Slotter wouldn't say why the passenger who notified security was concerned, but said several hours may have passed between the death and the body's discovery.

McGill, of Los Angeles, was later detained and held in the ship's brig until the boat docked Thursday morning. The San Diego County medical examiner removed the woman's body about three hours later, said John Gilmore, a spokesman for the Port of San Diego, and the FBI took McGill from the boat Thursday afternoon. 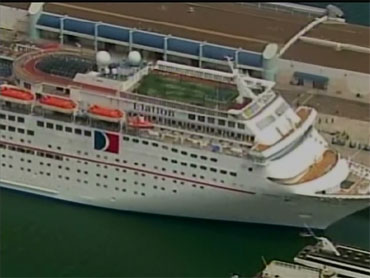 Slotter would not provide details about a possible motive or how Shirley McGill was killed.

"We have suspicions at this time of how it was conducted but until that autopsy is done I can't comment ... on exactly how it may have occurred," Slotter said of the death.

Both the suspect and victim were in their mid-50s, Slotter said.

The ship is the length of more than two football fields and carries more than 2,000 passengers and 900 crew members, according to Carnival's Web site. The ship traveled for five days, stopping in Cabo San Lucas, Mexico.

McGill will likely make a first appearance in U.S. District Court in San Diego on Friday, although the time of that hearing was yet known, said Debra Hartman, a spokeswoman for the U.S. attorney's office.

It wasn't immediately known if McGill had an attorney.