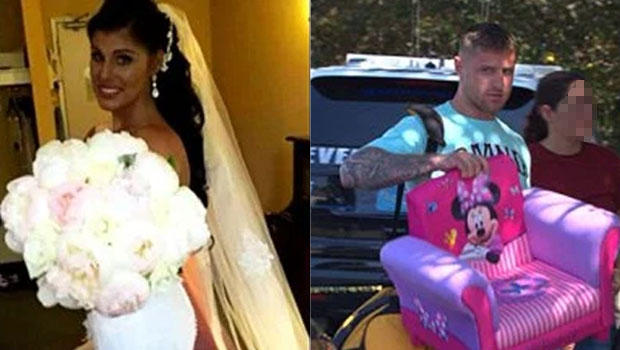 REVERE, Mass. -- Police have arrested the husband of a second-grade teacher found dead in her Massachusetts home Saturday, according to statement from the Suffolk County District Attorney's Office.

Andrew MacCormack, 29, was arrested Tuesday afternoon on a murder charge in the death of his 30-year-old wife, Vanessa MacCormack. MacCormack was  found unresponsive Saturday in the couple's Revere home with signs of trauma to her body. It was Andrew MacCormack who placed the 911 call around 3:30 p.m. that day, the statement said.

Andrew MacCormack was taken into custody by Revere police and Massachusetts State Police investigators assigned to the district attorney's office. Before the arrest, police said they didn't believe the crime was a random one, but had been tight-lipped about the investigation.

"Prosecutors and police detectives have worked literally around the clock since Saturday afternoon to solve Vanessa's murder," Suffolk County District Attorney Dan Conley said in a statement. "The evidence suggests that her murder was a crime of domestic violence, committed in the very place where she should have been safest – her own home. It was critical during the past several days to withhold certain information as we gathered the facts and evidence, and we're extremely grateful for the cooperation of witnesses and partner agencies who helped us build this case."

According to the district attorney's office, Vanessa MacCormack was found in the home with "obvious signs of physical trauma." The Office of the Chief Medical Examiner determined she suffered a blunt force injury to the head, sharp force injuries to the neck and asphyxiation. Her killer made "concerted efforts to clean up the crime scene and dispose of related items," the statement said.

Andrew MacCormack's arrest  followe review of surveillance footage and phone records, the execution of a search warrant by State and Revere police, and interviews with mutliple witnesses, the district attorney's office said.

Today's arrest followed the recovery of footage from private surveillance systems and public safety cameras, the execution of a search warrant by State and Revere police, interviews with multiple witnesses, examination of phone and other records, and many more investigative steps.

"After a thorough, open-ended investigation, it was clear that those facts and evidence led to one person and one person only — and he is now under arrest," McKeon said.

Andrew McCormack was seen by CBS Boston cameras returning to the house Sunday to pick up a baby chair and other items. He left without saying anything, but broke down and cried at the scene.

Vanessa MacCormack's sister Angela Masucci described her sister, who taught second grade in Lynn, as "the true definition of a family-oriented person" and an amazing mother to her young daughter.

"My sister was the world's best mother, she did everything for her daughter and had so many plans for her. She never missed an opportunity to bring her places to show off her beautiful baby," Masucci told CBS Boston.

Lynn School Superintendent Dr. Catherine Latham described Vanessa MacCormack to the station as "a talented, dedicated and passionate educator and a loyal, kind and compassionate friend and colleague."

Andrew MacCormack was set to be arraigned Wednesday in Chelsea District Court.