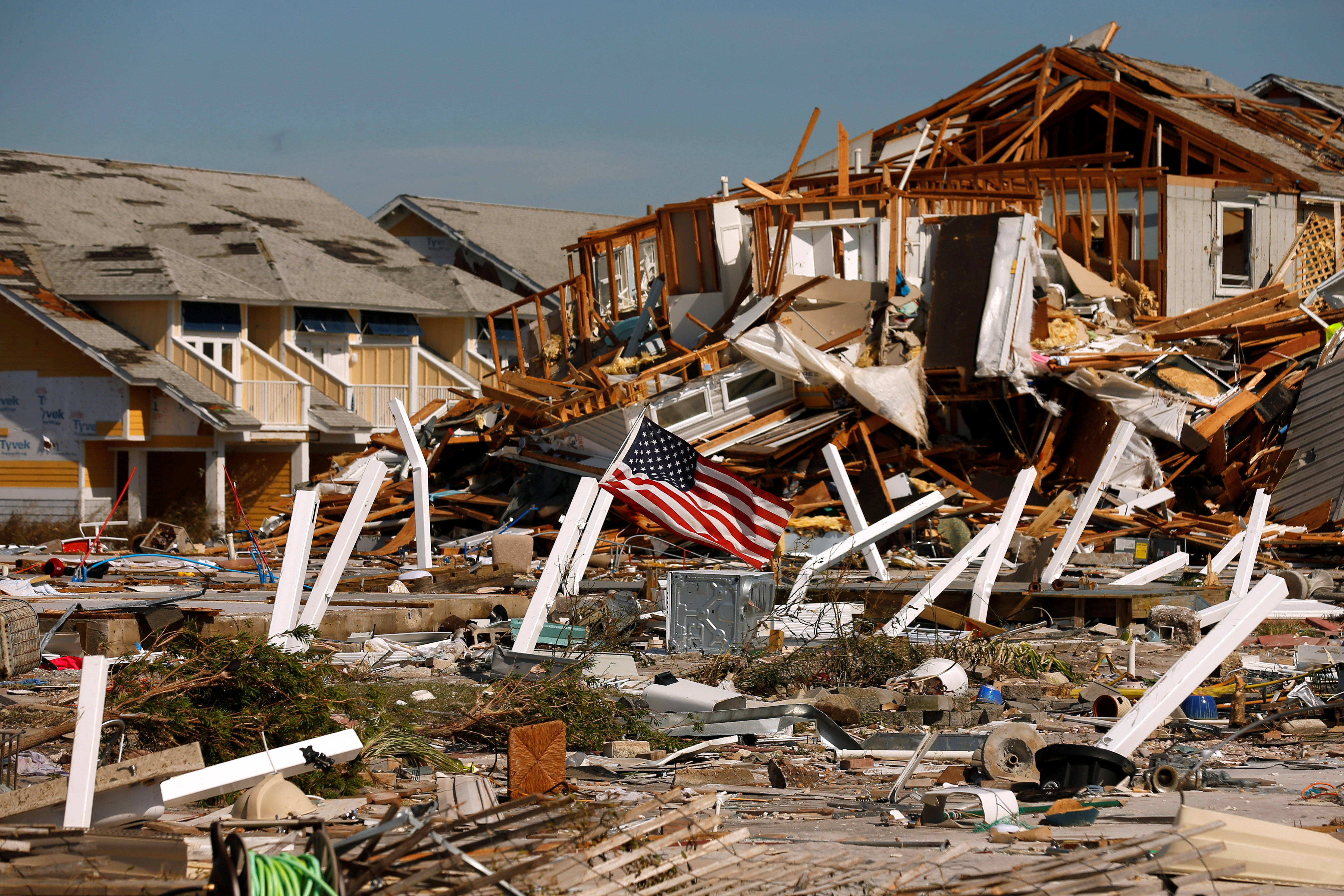 Entire blocks of homes near the coast were washed away, leaving nothing but concrete slabs in the sand. Rows and rows of other homes were smashed to pieces, crunched to the ground or leaning at odd angles.

A reporter and a photojournalist from the Tampa Bay Times ventured to Mexico Beach before dawn Thursday, finding the town of about 1,000 almost impassable. They reported seeing many destroyed homes, some with staircases leading to doors suspended 10 feet in the air with nothing on the other side, and entire structures washed away.

Refrigerators and toilets and piles of soggy furniture were strewn across properties. CBS affiliate WJAX-TV reported that parts of Mexico Beach looked like a bomb went off, with debris from businesses, homes and boats strewn about.

Amid the wreckage, the crew spotted survivors — people who rode out the storm. One couple was looking for their mother's portable oxygen machine. Another man was shining a flashlight from his balcony as alarms sounded and fires burned.

The town was under a mandatory evacuation this week as the storm approached the coast. But some people were determined to ride out the hurricane. Authorities said that 285 people in the city refused to leave.

A National Guard team found 20 survivors there overnight and more crews were working through the wreckage on Thursday.

Michael pushed a storm surge with a peak ranging from 9 feet to 14 feet from Mexico Beach east through Apalachee Bay. Officials said the highest storm surge hit near Mexico Beach and nearby Port St. Joe, based on available observations and post-landfall models.

Michael maintained hurricane force for 12 hours and 200 miles as it moved over Florida and Georgia. On Thursday, Michael was drenching the Carolinas with heavy rains as it headed toward the Atlantic Ocean as a tropical storm.