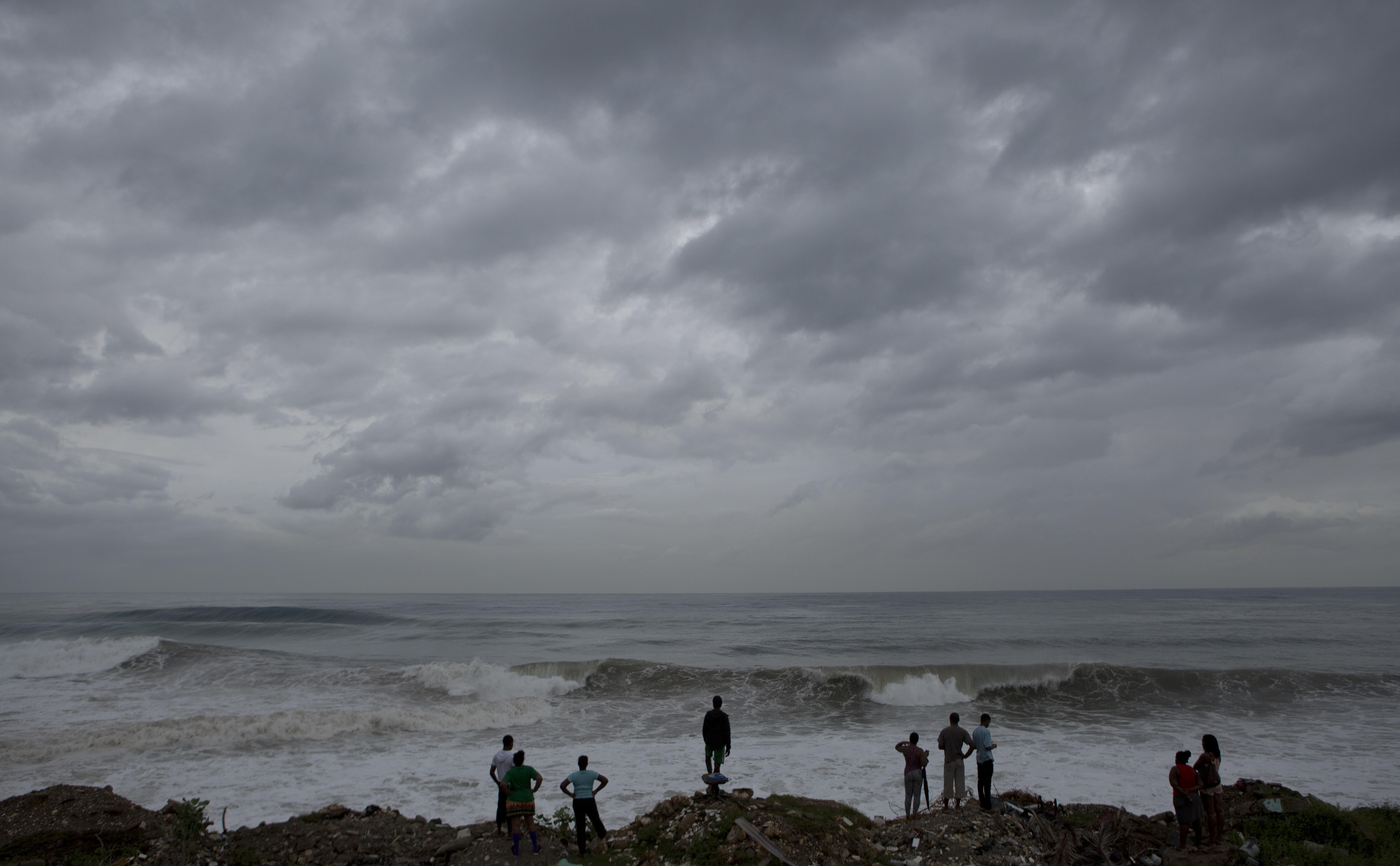 A powerful and deadly hurricane is slamming Haiti as the Southeastern United States braces for a possible direct hit.

Hurricane Matthew is hammering Caribbean islands with dangerous 145-miles-per-hour winds. It could bring up to 40 inches of rain.

The violent category four storm is headed for eastern Cuba and the Bahamas Tuesday. Jamaica, Haiti, the Dominican Republic and Cuba have been the crosshairs of the hurricane all weekend. But now, it looks like Haiti could get the worst of it, with the National Hurricane Center issuing an ominous warning to the island, saying the rain, wind and storm surge expected in some areas could be life-threatening, reports CBS News correspondent Mark Strassmann.

Torrential rains and more than 130-mile-per-hour winds slammed into Haiti, turning roads into rivers in the poorest nation in the Western Hemisphere. Across the island in Santo Domingo, Dominican Republic, the deluge dropped multiple inches of rain, forcing cars to drive through floods. In Jamaica, the effects of Matthew have already been felt. A road was washed away in a mudslide.

Along the eastern coast of Cuba, people were urged to head for higher ground. More than 300,000 people have reportedly been evacuated.

Florida Governor Rick Scott is taking no chances, declaring a state of emergency.

“We can expect to see impacts on Florida beginning Wednesday through Saturday,” Scott said. “You must leave before it’s too late. We can rebuild a home and we can rebuild a business, but we cannot rebuild your life.”

“We can’t gamble and we won’t gamble with people’s lives and the livelihood of many people up and down the coast,” McCory said.