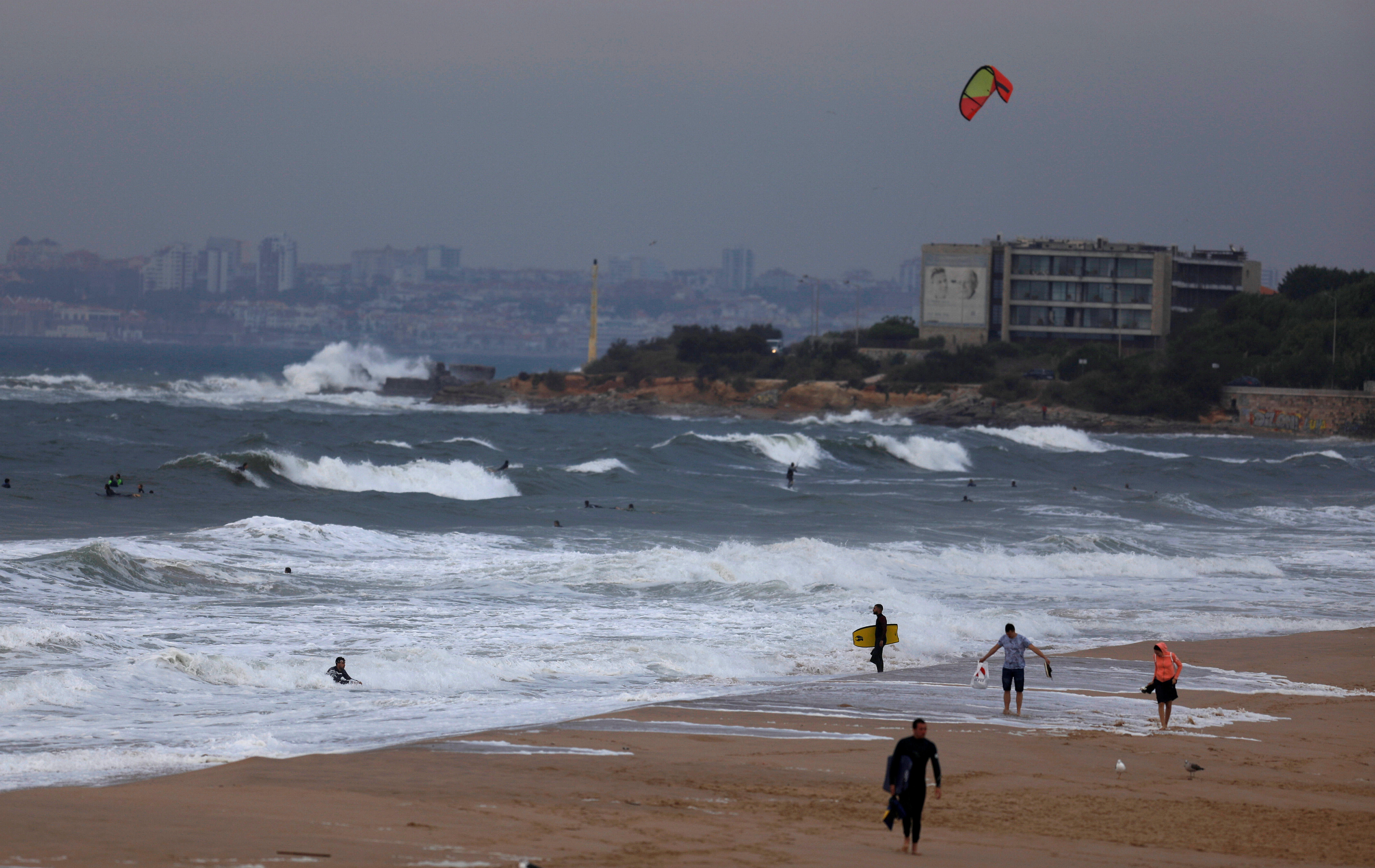 Hurricane Leslie weakened slightly into a post-tropical cyclone late Saturday as it closed in on Portugal and Spain, bringing heavy rain, high winds and dangerous surf to western parts of the Iberian Peninsula. More than 15,000 were without power in Portugal early Sunday, BBC News reports.

The remnants of Hurricane Leslie swept into the center and north of the country overnight on Saturday. The storm, one of the most powerful to ever hit the country, is now heading over northern Spain.

Portugal's weather service issued red warnings - its highest level- for high winds or dangerous coastal conditions for 13 of its 18 mainland districts, including Lisbon, the capital. Forecasters said sections of Portugal would see near hurricane-force winds, while parts of western Spain could be hit with tropical- force winds.

Maximum sustained winds in the former Category 1 hurricane decreased to 70 mph as the storm neared Portugal's west coast, the U.S National Hurricane Center in Miami said. Tropical force winds were felt up to 160 miles from its center.

Luis Belo Costa of Portugal's National Protection Agency recommended that people "avoid at all costs walking on the street."

A tropical storm warning was discontinued for the Madeira archipelago. But Leslie was still expected to generate ocean swells that would affect Madeira, the Azores and the Canary Islands throughout the weekend, in addition to the Atlantic coasts of Spain, Portugal and Morocco. Forecasters said the swells were likely to bring "life-threatening surf and rip current conditions."

Leslie is a bit of a weather outlier, since hurricanes that regularly batter the American side of the Atlantic rarely bring their destructive force across to Europe.