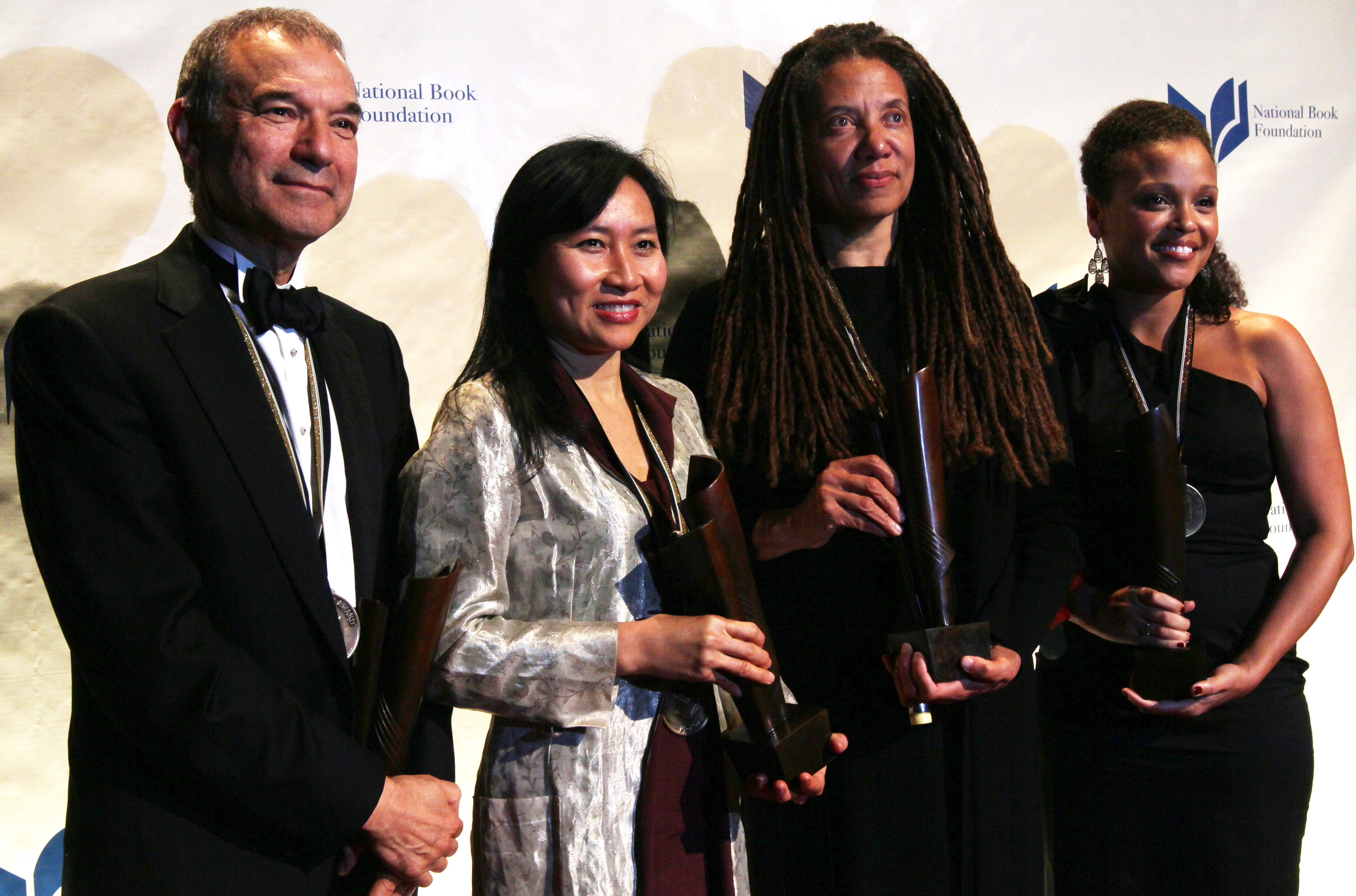 NEW YORK (CBS/AP) Jesmyn Ward's "Salvage the Bones," a bleak novel by an author who views writing as a way to "ease the looming fact of death," has won the National Book Award for fiction.

The awards were presented Wednesday night at a gala at Cipriani Wall Street, emceed by actor and children's author John Lithgow.

Nonfiction: Stephen Greenblatt's "The Swerve," a dramatic account of the Renaissance era rediscovery of the Latin poet Lucretius.

Young People: Thanhhai Lai's "Inside Out & Back Again," the story of a Vietnamese family in Alabama.

Honorary prizes were given to Florida-based bookseller Mitch Kaplan, who looked back warmly on a 30-year career/calling in a business he found more fulfilling than law school, and poet John Ashbery, who called writing a "pleasure I can almost taste."

The awards were given out not far from the Zuccotti Park headquarters of Occupy Wall Stteet, prompting poet Ann Lauterbach, who introduced Ashbery, to comment "We are occupying Wall Street."

In accepting her prize for a book about a community devastated by Hurricane Katrina, Ward said "I wanted to write about the experiences of the poor and the black and the rural people of the South."

Ward's brother was hit by a drunk driver the year she graduated from college. Earlier in the week, she told The Associated Press that writing was a way to "ease the looming fact of death."