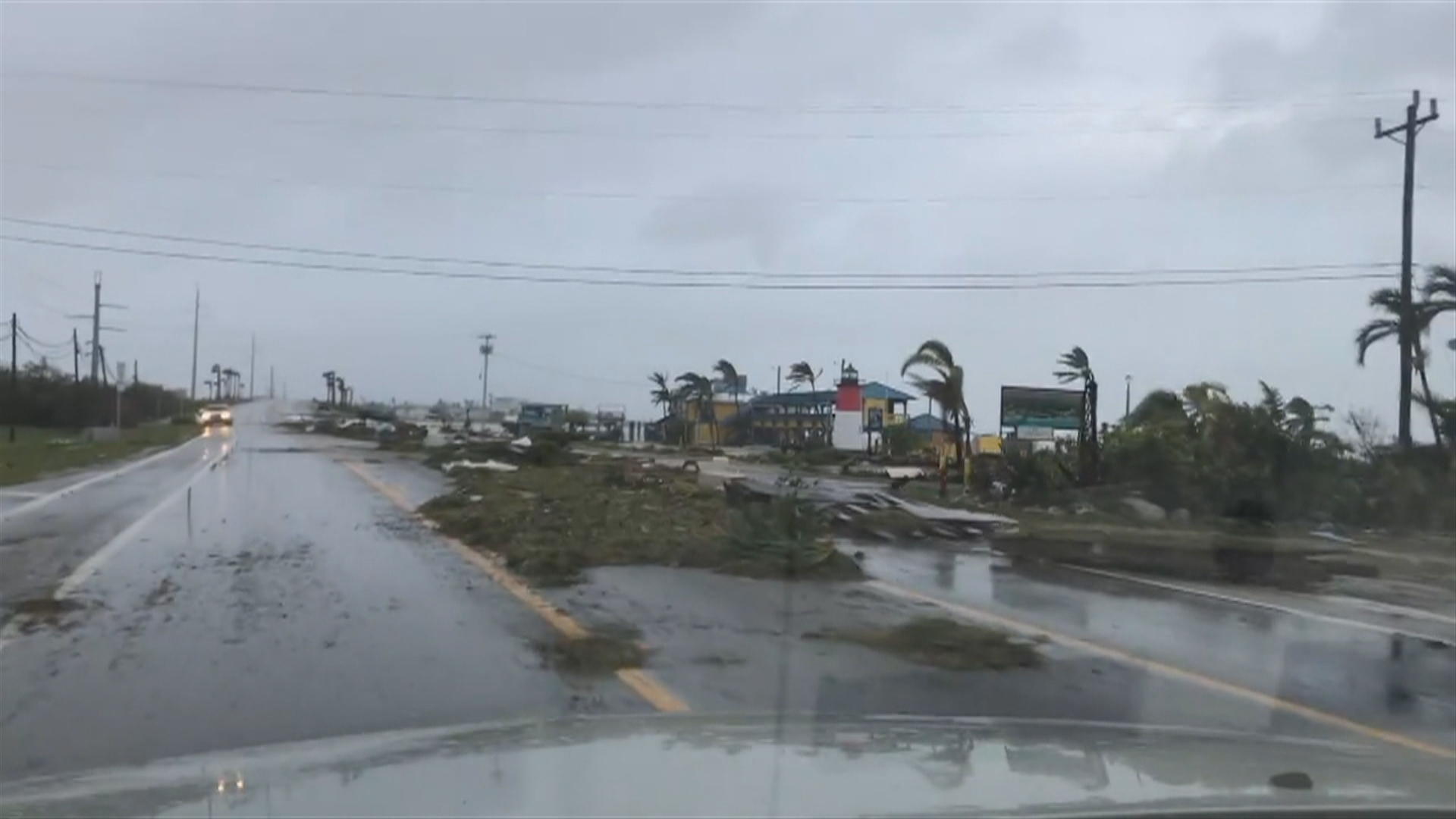 KEY LARGO, Fla. -- Crews will go house to house in the Florida Keys looking for people who need help. Hurricane Irma destroyed roadways, isolating many who didn't evacuate when it slammed into the island chain Sunday morning. The county's emergency management director is calling this a humanitarian crisis.

The eye of the storm landed in the middle of the Florida Keys with all the fury of a Category 4 hurricane, swelling waterways to an estimated 10 to 15 feet in some areas, reports CBS News correspondent Elaine Quijano.

Water was lapping at the steps of Marathon High School, one of only a few shelters in the Keys.

"We have been busy just trying to get information out there to the people, to put them in the proper places to try to save their lives," South said.

South believes the hardest hit areas will be between Big Coppit Key and Marathon with the brunt focused on the island of Big Pine Key. Debris and a washout of the road have isolated Big Pine from the other Keys.

"Irma has officially passed and this is what she left," said Michala Laufle, who rode out Irma in the Keys. She said she was scared but is glad she didn't evacuate.

"For those people who left, they don't know when they're getting back in -- it might be another two weeks, so now that we're here we can actually start to take care of the problem and rebuild and clean up and go from there," Laufle said.

First responders will be able to get out to the hard-to-reach areas today and the military will be flying in C-130 cargo planes to distribute water and supplies today in the lower Keys. The other logistical issue: authorities have asked people not to use their boats. The waters now contain too many dangerous pieces of debris to safely move around.