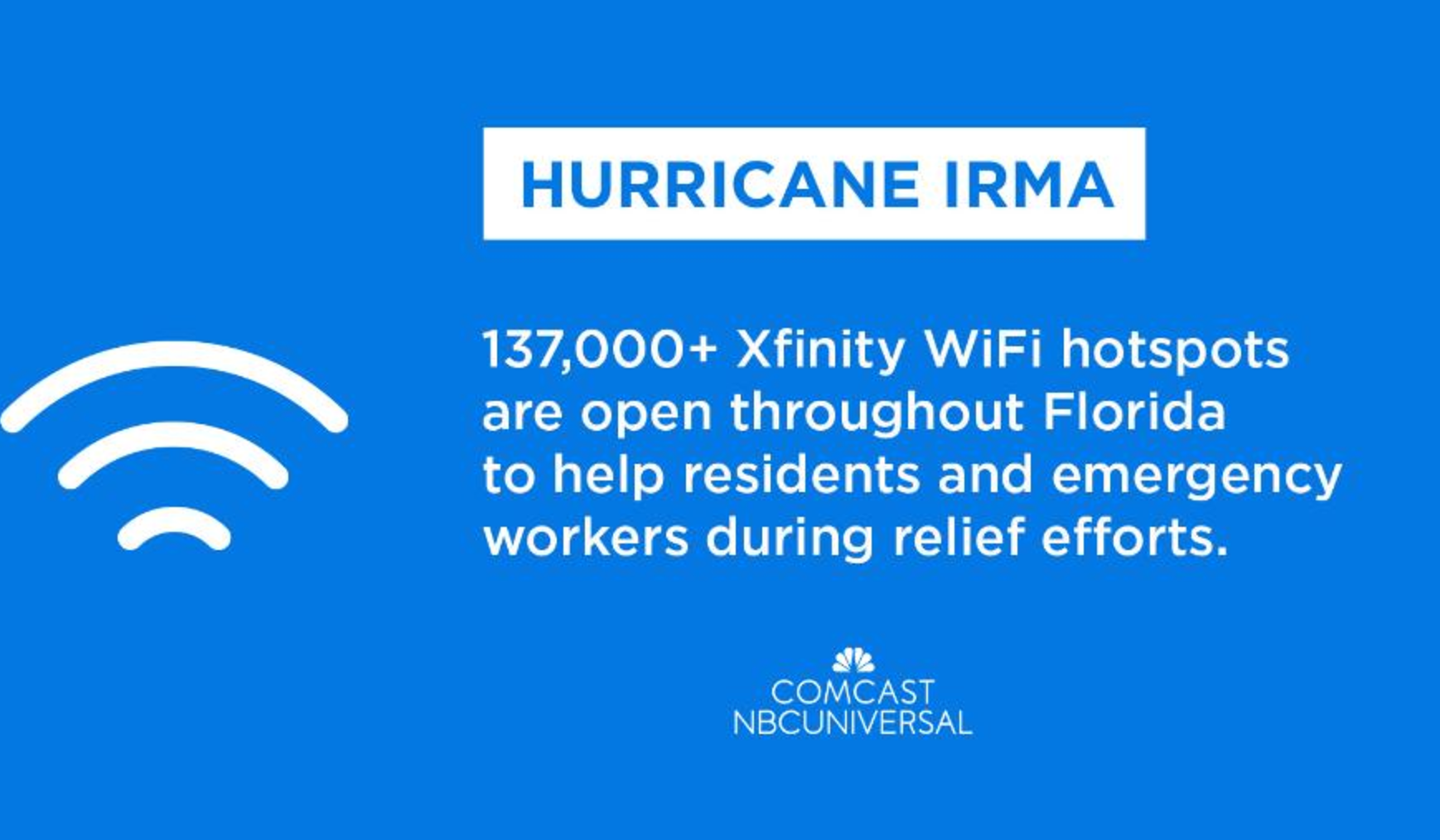 Comcast is offering free Xfinity Wi-Fi service in parts of Florida to help residents and emergency personnel stay connected as they prepare for Hurricane Irma.

On Wednesday, Comcast said it would open more than 137,000 Xfinity Wi-Fi hotspots throughout the state free for anyone who needs them, including non-Xfinity customers, through September 15.

The company expanded their free Wi-Fi offer on Thursday to other coastal communities expected to feel impacts from the storm. They also made 10,000 free Wi-Fi hotspots available in Georgia and 6,000 in South Carolina.

"We know it's critically important for everyone to have a means of communication at their disposal before, during and after a storm with the potential impact of Hurricane Irma," Amy Smith, senior vice president for Comcast's Florida region, said in a statement online.

Residents can visit Xfinity.com/wifi to view a map of Wi-Fi hotspots, which are located both indoors and outdoors in places such as shopping districts, parks and businesses.

People in range of the hotspot can select the "Xfinitywifi" network name in list of available hotspots and be automatically connected. Xfinity customers can sign in with their usernames and passwords for automatic connection.

Non-Xfinity internet subscribers should visit the "Not an Xfinity Internet Customer" section on the sign-in page. From there, non-customers will be able to renew their complimentary sessions every two hours, the company explained.

This isn't the first time the company has offered their services during a disaster.

This time, the company said it is working to prepare ahead of the storm.

"It's critical that impacted residents have a means of communication at their disposal before, during and after a storm with the potential impact of Hurricane Irma," Doug Guthrie, regional senior vice president for Comcast in Atlanta, said in a statement. "By activating our Wi-Fi network today throughout impacted communities, we can help more people stay connected at a critical time."