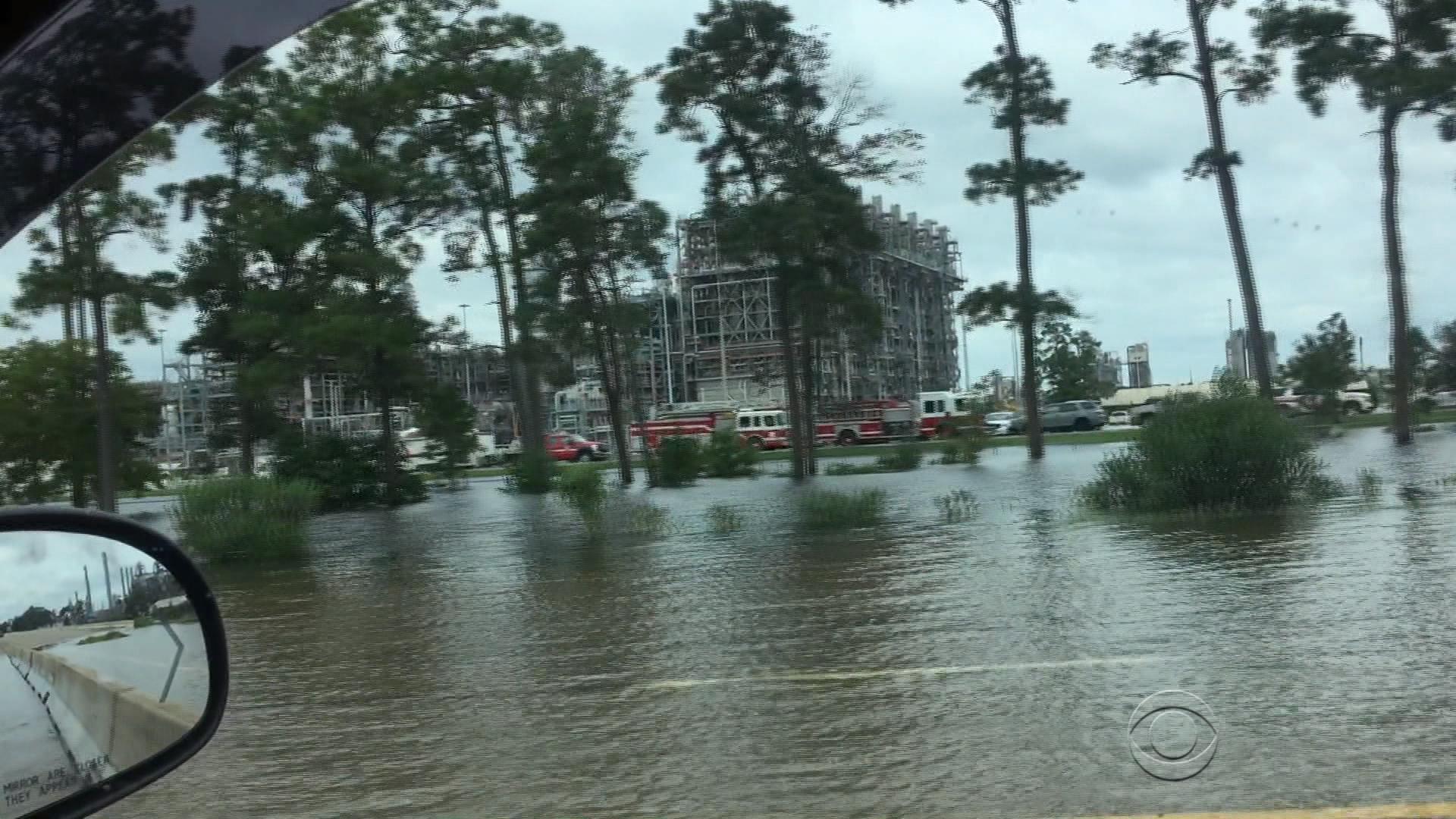 BAYTOWN, Texas -- As floodwaters in Texas rose, so did gasoline prices -- all over the nation.

Since Friday, they're up 10 cents, to a nationwide average of $2.45 a gallon -- the highest they've been all year.

The nation's largest oil refinery is waterlogged and shut down after Harvey ravaged Port Arthur, Texas.

More than a dozen refineries across the Gulf are closed, including those operated by ConocoPhillips outside Houston and Exxon Mobile in Baytown -- the nation's second largest. It normally pumps out 560,000 barrels of oil a day.

About a third of the nation's refining capacity is offline on the Gulf Coast.

John Hofmeister, former president of Shell Oil, weighed in on the current situation.

"Without it we'd be in gas lines all the time. We need that Gulf Coast," Hofmiester said.

"Best case: the refinery should be up and operating again for the most part by the middle of September. Worst case: some of those refineries -- if they're really seriously damaged -- they could be down through Thanksgiving or longer," he added.

The Houston area is a major hub for the energy industry.

A number of oil and gas installations were in Harvey's path -- and it's not just about the refineries.

The Colonial Pipeline runs to New York and provides nearly 40 percent of the South's gasoline. A portion of the pipeline in Texas was shut down and is expected to resume service Sunday.

The port of Houston remains closed to large vessels.

In addition, a huge backlog of ships is building off the coast as seen in the following map:

Experts warn fuel could soon be in short supply in the Midwest and Northeast. Already, long lines of people waiting for gas were showing up in Dallas, where some stations have run out.

Meanwhile, a billion barrels of oil will be released from a government stockpile and the secretary of the Department of Transportation will expedite fuel deliveries to Texas from 25 surrounding states. Some refineries are coming back online, but many have a long way to go.