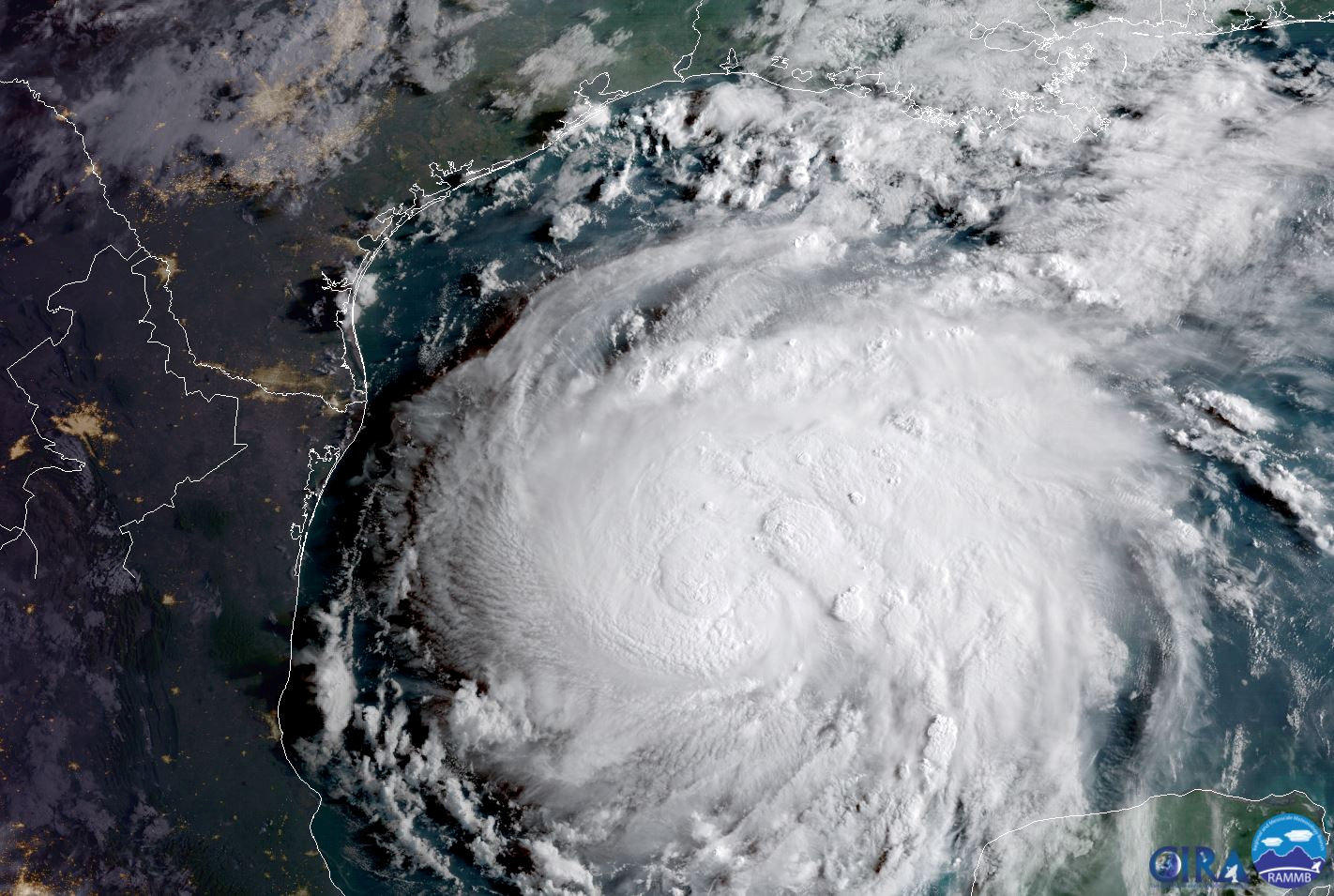 CORPUS CHRISTI, Texas -- Tropical Storm Harvey intensified Thursday into a hurricane that forecasters said would be the first major hurricane to hit Texas in nine years.

Sustained winds reached 85 mph Thursday afternoon. The hurricane is expected to make landfall late Friday or early Saturday, then stall near the middle Texas coast through the weekend. Harvey is expected to come ashore between Port O'Connor and Matagorda Bay, a 30-mile stretch of coastline about 70 miles northeast of Corpus Christi.

Forecasters said a "life-threatening" storm surge along with rains and wind were likely, and Harvey was intensifying faster than previously forecast. A major hurricane means at least a Category 3, with winds greater than 110 mph.

Wind speeds could reach 130 mph as Harvey continues to strengthen. That would make the storm a Category 4, defined as having wind speeds between 130 and 150 mph. The National Hurricane Center says "catastrophic damage" accompanies Category 4 storms.

Harvey would be the first major hurricane to hit Texas since Ike in September 2008 brought winds of 110 mph to the Galveston and Houston areas and caused some $22 billion in damage. The last Category 4 storm to hit the state was Hurricane Bret in 1999, which made landfall on the southern coast.

As of midday Thursday, Harvey was about 340 miles southeast of Corpus Christi, moving to the north-northwest at about 10 mph.

Once Harvey makes landfall, it's possible the storm then could stall inland for as long as three days, exacerbating the threat of flooding brought by tropical downpours, the National Hurricane Center said. Some forecasts indicated rain totals over several days extending into next week could exceed 24 inches.

The storm surge from Harvey will likely be at least 10 feet and could top 15 feet.

Several cities and counties along the coast have issued mandatory evacuation orders ahead of the storm, CBS affiliate KHOU-TV reports.

Numerous cities were shipping in sandbags, extra water and other items ahead of the storm.

In Corpus Christi, dozens of people were waiting in line early Thursday at a local Sam's Club. Down the coast in South Padre Island, Dave Evans took advantage of the free sandbags, noting he and his fiancée live in an older house prone to flooding.

"The master bedroom floods every time the rain gets very strong. I think our home is below sea level," Evans told The Brownsville Herald.

Alex Garcia, of Corpus Christi, was buying bottled water, bread and other basics in Sugar Land, a Houston suburb, after dropping his daughter off at college in Houston.

He said grocery items likely were more available in Houston than back home, where Garcia, a beer distributor salesman, said stores were "crazy."

"We'll be selling lots of beer," he laughed.

Garcia's house is about 3 miles from the bay. While a seawall offers some protection, "It floods in Corpus all the time," he said.

"Harvey is looking like it's going to just meander around the area," National Weather Service meteorologist Penny Zabel said. "It's going to hang out for a few days, and that's why we're looking at such high rainfall amounts."

Texas Gov. Greg Abbott has ordered the State Operations Center to elevate its readiness level, making state resources available for possible rescue and recovery actions. Abbott also pre-emptively declared a state of disaster for 30 counties on or near the coast, to speed deployment of state resources to any areas affected.

Nearly all of the state's 367-mile coast was under a hurricane or tropical storm warning or watch as of Thursday.