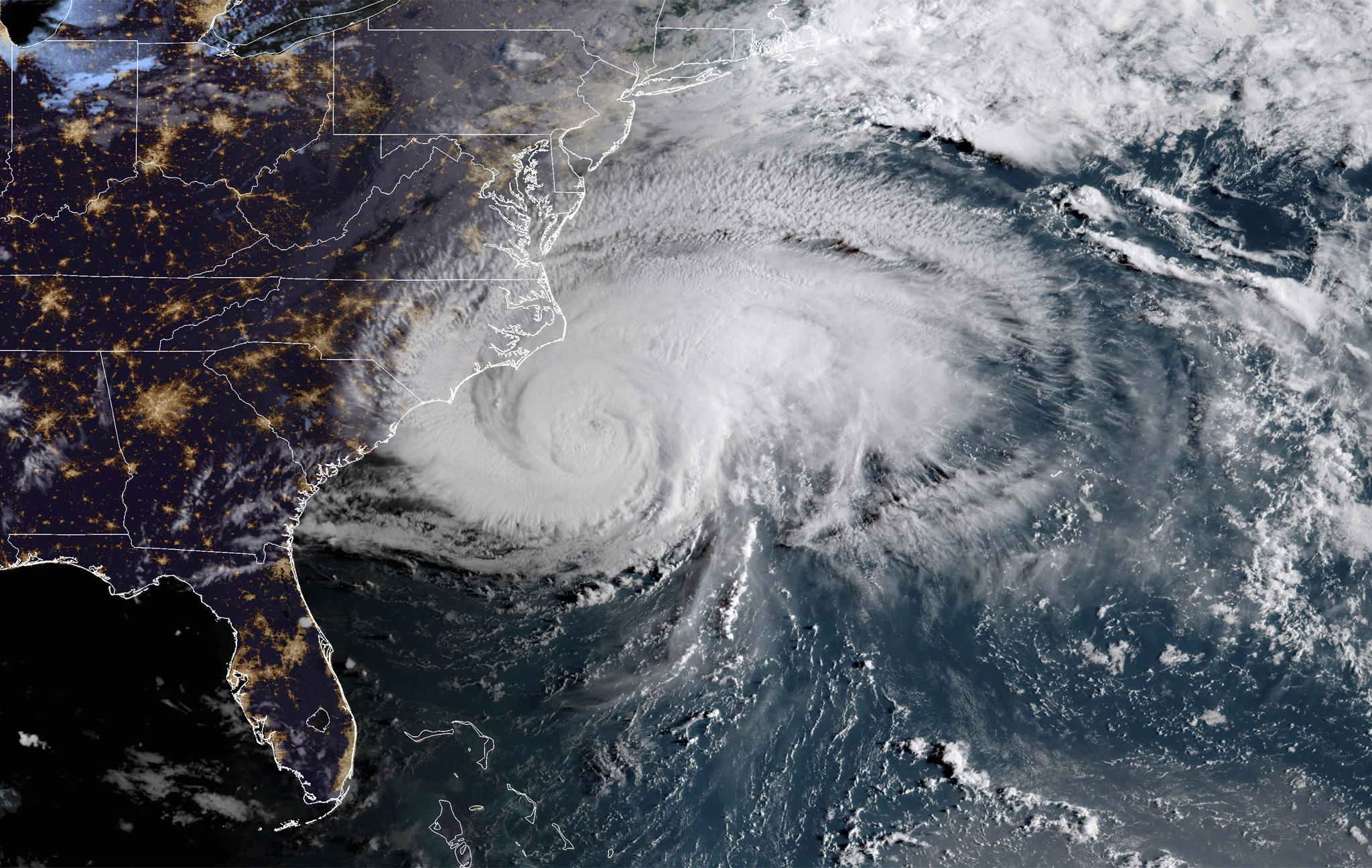 WASHINGTON -- Oddly, the closer Hurricane Florence gets to land, the murkier its future gets. Usually when a storm approaches the coast, forecasters can tell with ever-increasing accuracy who will get walloped. Not with Florence.

That's because the weather systems that usually push and pull a storm are disappearing as Florence nears land around the border between North and South Carolina. The center is slowing down and is expected to stall and perhaps wander around just off shore on Thursday, Friday and Saturday.

"This is a horrific nightmare storm from a meteorological perspective," University of Georgia meteorology professor Marshall Shepherd said. "We've just never seen anything like this. ... This is just a strange bird."

Florence is becoming more of a threat to more people -- now including some in Georgia -- in more ways. The more it stalls, the more it rains. The National Hurricane Center is calling for 20 to 30 inches  of rain in North Carolina, with spots up to 40 inches. The more it hovers just off shore, the more potentially deadly storm surge it could push on-shore.

"For a meandering storm, the biggest concern -- as we saw with Harvey -- is the huge amount of rainfall," said Chris Landsea, chief of tropical analysis and forecast branch at the National Hurricane Center.

CBS New York chief weathercaster Lonnie Quinn reports the worst part of the storm is the front right quadrant because you get the highest winds and the storm pushes that water onto the shore. Water could rise up to 15 feet.

The wide storm has weakened to a Category 2 hurricane and forecasters expect top winds to drop more as it nears the shore, but they're sharing a giant dose of uncertainty.

"It certainly is a challenge forecasting precise impacts when its exact track won't be known until a day in advance," Landsea said: There's "a huge difference" in the size and type of damage Florence inflicts if it stays 50 miles off shore versus heading inland immediately.

The storm has pretty much followed the forecast track through now, but the issue will be Thursday or Friday as it nears the coast and the steering currents collapse.

"It's going to coming roaring up to the coast Thursday night and say 'I'm not sure I really want to do this and I'll just take a tour of the coast and decide where I want to go inland,'" said Jeff Masters, meteorology director of the private Weather Underground.

Masters said there's a tug-of-war between two clear-skies high-pressure systems -- one off the coast and one over Michigan. The more the Great Lakes one wins, the more southerly Florence will be.

Computer simulations -- especially the often star-performing European model -- push the storm further south, even into South Carolina and Georgia. The hurricane center also adjusted its projected track, but kept it north of what most computer models were showing, to provide some continuity with past forecasts.

Private meteorologist Ryan Maue of Weathermodels.com in an email called the overnight European computer simulation "another model run for the ages. So many weird/outlandish solutions -- but that's what happens when the steering currents collapse."

The European computer model has Florence veering before landfall and hovering for a couple days off the coast.

If the European model is true or the overall trend persists, University of Miami hurricane researcher Brian McNoldy said it "is exceptionally bad news, as it smears a landfall out over hundreds of miles of coastline, most notably the storm surge. The rainfall has been and continues to be a very substantial threat over the entire area."

And if Florence weren't enough, other storms out there are threatening people. Tropical Storm Olivia has made landfall in the Hawaiian islands, the Philippines are bracing for the powerful typhoon Mangkhut, and Tropical Storm Isaac is nearing the Leeward Islands. Hurricane Helene and Subtropical Storm Joyce were off in the Atlantic, posing no threat.