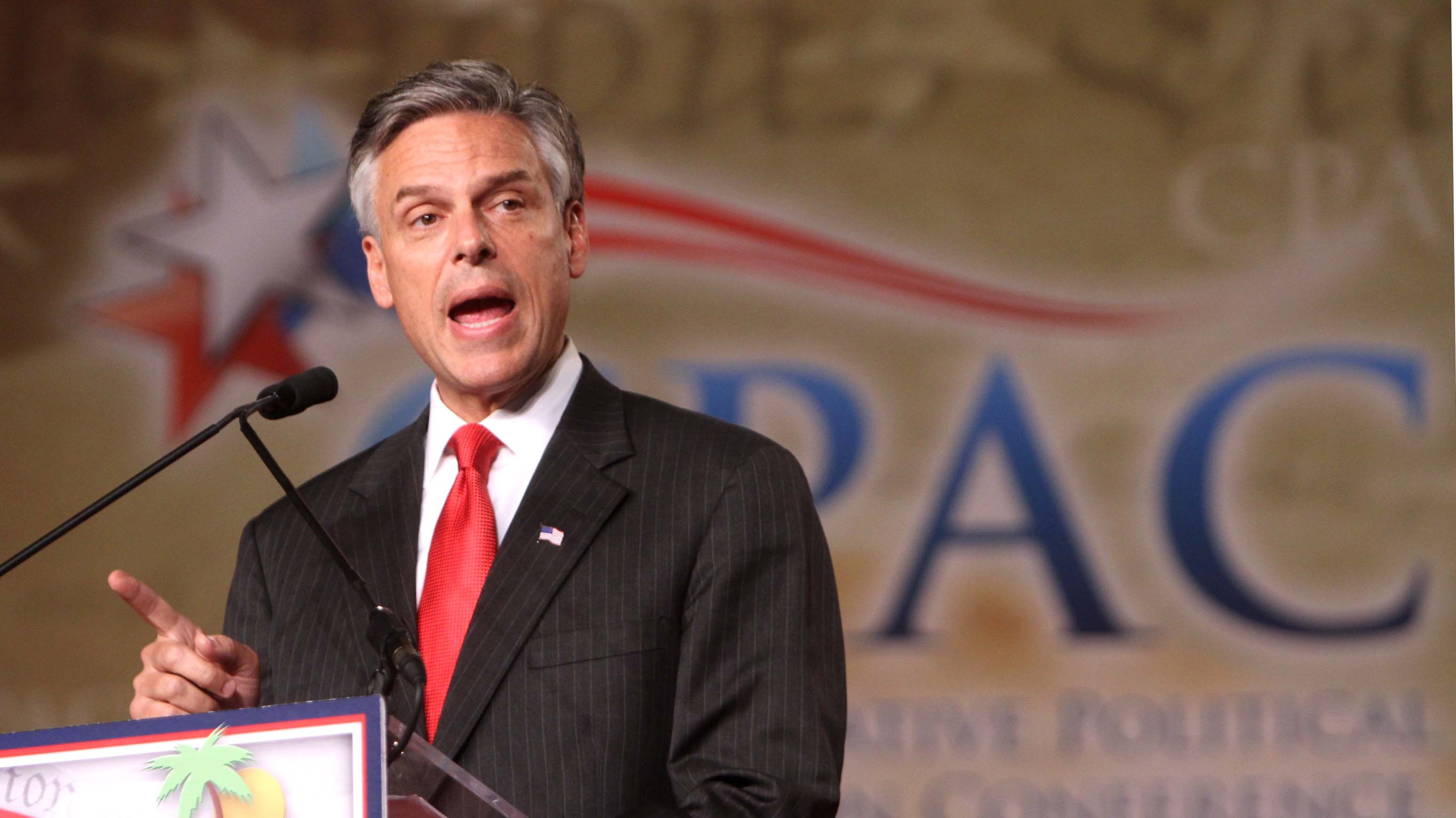 NEW LONDON, N.H. -- With all eyes on Mitt Romney as he fends off a recent wave of controversy over his Mormon faith, the other Mormon in the GOP presidential race -- Jon Huntsman -- says he's had enough.

Following a town hall on Sunday afternoon at Colby-Sawyer College in New London, N.H., the former Utah governor told reporters that the focus on Mormonism which arose over the weekend after pastor Robert Jeffress called the religion "a cult" is "the most ridiculous sideshow in recent politics." Jeffress made the remark to journalists after introducing Romney's top-tier rival, Texas Gov. Rick Perry, at the Christian-based Values Voter Summit in Washington.

"Discussion of Mormonism," Huntsman said, "doesn't create additional jobs... doesn't expand our economic base; it doesn't secure our position in the world. I have no idea why people are wasting so much political-capital bandwidth on this issue. It's nonsense."

Huntsman, who was the only Republican presidential candidate not to attend the Summit (he was visiting his son at the Naval Academy), pointed out that his wife, Mary Kaye, was raised Episcopalian, and his kids went to Catholic school. "There are a lot of folks who believe different things, and that's the tradition that we respect in this country."

Though Huntsman's sentiment falls closely in line with Romney's speech this weekend, he was less friendly during the town hall.

Acknowledging that he, as former ambassador to China under President Obama, would inevitably face "a percentage of people in my party who will say, 'No way, no how are we gonna vote for Huntsman because he worked for a Democrat,'" Huntsman made digs at several of his Republican rivals without naming names.

Regarding the Occupy Wall Street movement, Huntsman took the opposite view from businessman Herman Cain, who said last week that the protesters have no one to blame for unemployment but themselves; Huntsman spoke with admiration about their resolve.