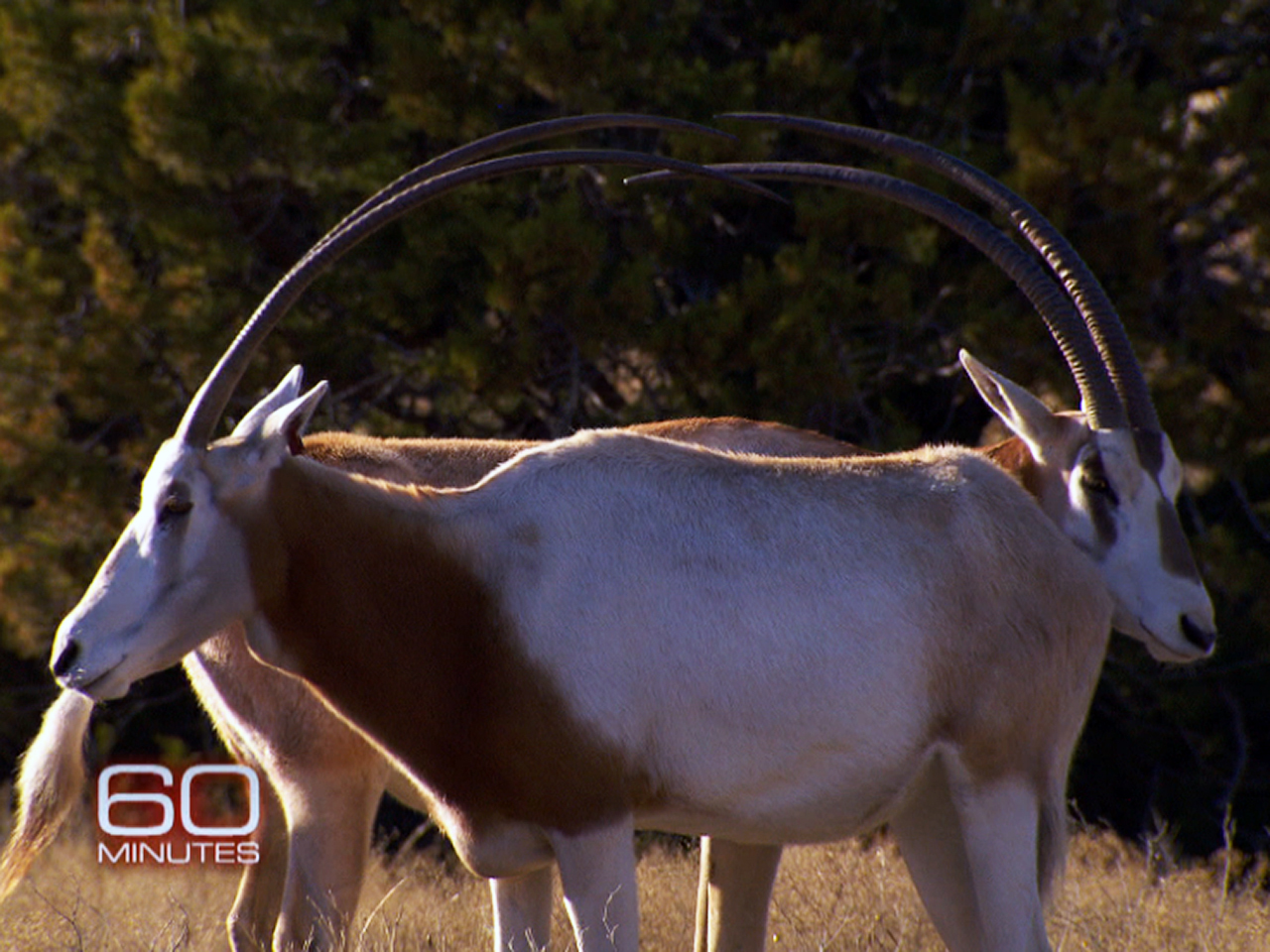 You don't have to go to Africa to hunt exotic animals. In fact, Texas may have more of some endangered exotics than live in the wild. That's because breeding them is a billion dollar business in Texas, where over 100 species roam large ranches and can be hunted for sport. The hunters and the ranchers they pay to hunt the trophy animals say the money generated by hunting these animals is helping to save them. They claim only 10 percent of any species can be killed annually. But to animal rights people fighting to shut them down, they're nothing more than slaughter houses. Lara Logan reports on this little known practice on "60 Minutes" Sunday, Jan. 29 at 7 p.m. ET/PT.

Hunters pay up to $50,000 a kill for the rarest trophy animal, like a cape buffalo. "60 Minutes" cameras followed one hunter who, in two days, could not bag the scimitar horned oryx he sought. On another occasion, cameras capture him shooting one after six hours. The hunter took the head of the oryx, with curved horns that grow to be four feet long, as a trophy.

It all began decades ago, when ranchers took in surplus animals, some endangered in the wild, from zoos. Now there are more than 250,000 exotics living on ranches, mostly in Texas, in a business that supports 14,000 jobs. "That's why these animals thrive...because of that value they have to the hunting community," says Charly Seale, a rancher and executive director of the Exotic Wildlife Association in Texas.

Seal says he loves these animals and that's why he defends hunting them. "I know it's for the welfare of every one of those animals, so that you sacrifice one so that many more are born," he tells Logan. Seale points out that some of the species owned by ranchers are either extinct or endangered in the wild. "Three of our biggest successes have been the scimitar horned oryx, the addax and the dama gazelle...numbers [of them] have absolutely skyrocketed in the last 15-20 years."

Priscilla Feral, president of Friends of Animals, an international animal rights organization, believes such rationale is "ludicrous. I think it's immoral," she tells Logan. "They are saying it's an act of conservation and that's lunacy," says Feral, who would rather them not exist in Texas than thrive on a ranch there purely as prey for sportsmen. "I don't think you create a life to shoot it."

Feral has created an oryx preserve in Senegal and has waged a legal fight for years against the U.S. Fish and Wildlife Service, which has permitted sport hunting of three endangered African antelope on Texas ranches. "The future for oryxs is Africa...not Texas," she says. "A Texas hunting ranch is not the same as being in a reserve in Senegal," Feral says.