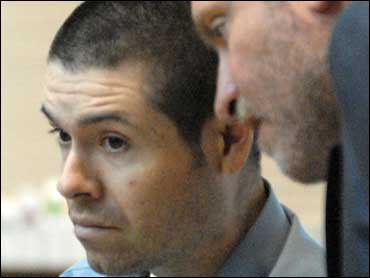 A white hunter convicted of killing a Hmong immigrant while both stalked squirrels in the woods was sentenced Wednesday to the maximum 69 years in prison.

James Nichols, 28, was convicted last month of second-degree intentional homicide, hiding a corpse and being a felon in possession of a firearm in the death of Cha Vang. The killing rekindled racial tensions in northern Wisconsin, where a Hmong hunter fatally shot six white hunters three years ago.

Vang, 30, was found Jan. 6 in a wildlife refuge where Nichols had also been hunting squirrels. Vang had a wooden stick in his clenched teeth, and his body was hidden in a depression covered with a log and other debris. An autopsy indicated he was shot once and stabbed five times.

Vang was born in Laos, fled to a refugee camp in Thailand and immigrated to the U.S. with his family in 2004, part of a wave of several hundred thousand Hmong who fled Laos for the United States after the communists seized control in 1975 following the Vietnam War. Many settled in Wisconsin.

Sheriff's deputies arrested Nichols after he went to a hospital Jan. 5 with a bullet lodged in his right hand and an injury to his other hand - about the same time members of Vang's hunting party reported him missing.

Nichols did not testify, but the jury heard tape recordings in which he told law enforcement officials he acted in self-defense after Vang shot him. Nichols said the fight started after he told Vang to leave because he was interfering with his hunt.

Nichols said he ducked behind a tree and took a "wild shot" at Vang with a shotgun. Vang shot him again before Nichols rushed him, took away his gun and stabbed him in the neck with a pocketknife, he said.

But Nichols also told authorities Hmong people are bad, mean and "kill everything and that they go for anything that moves."

Prosecutors used those statements and testimony from Nichols' former boss to argue that he took advantage of the woods' isolation to act on his prejudice against the Hmong.