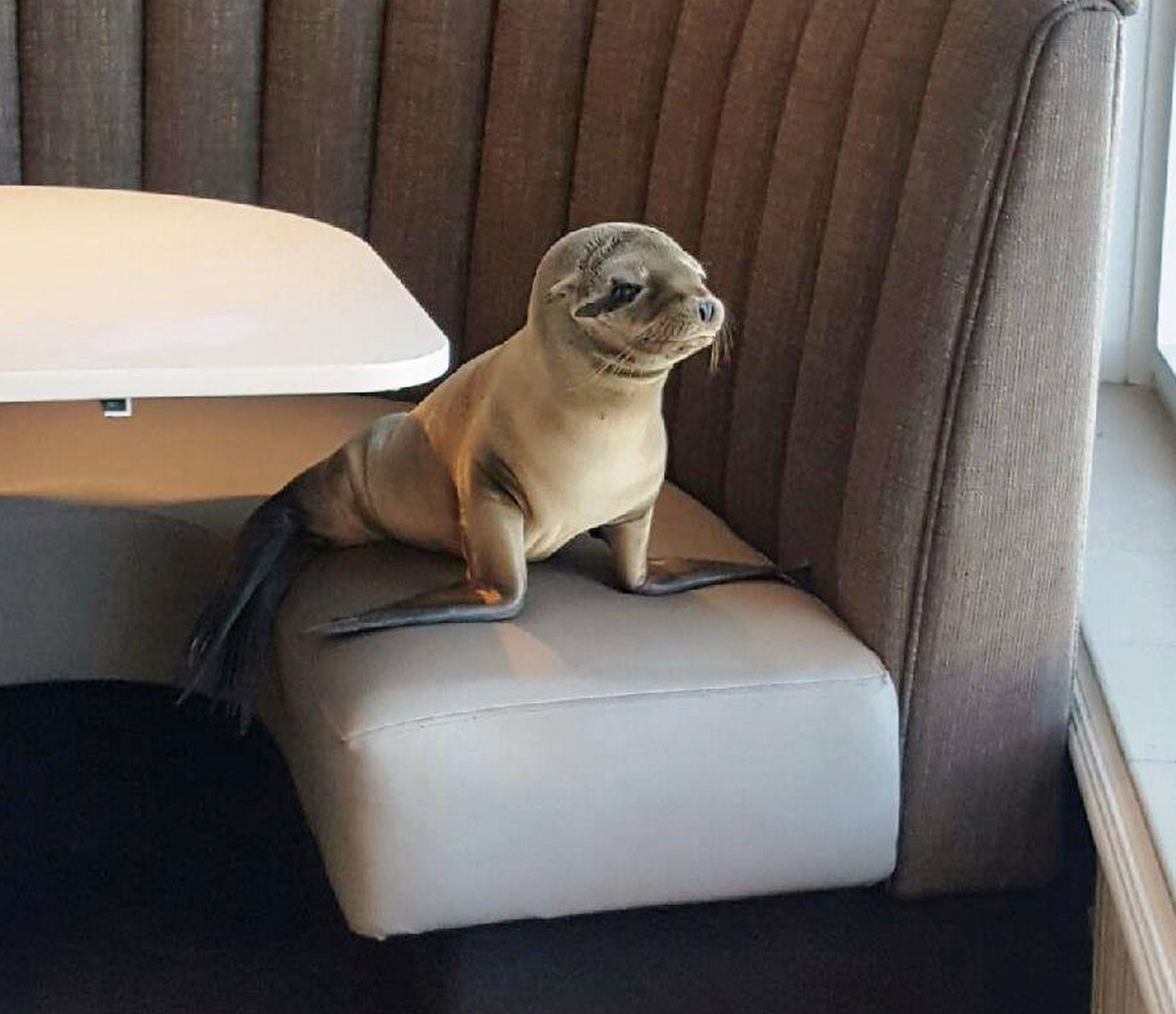 A starving baby sea lion found its way to a fancy San Diego restaurant on Thursday and plopped down on a seat at a prime table with an ocean view.

"He was a little bit early for his high tide breakfast reservation," Bernard Guillas, executive chef at the Marine Room, joked on Facebook.

Fans of the page kept the jokes going.

"He went to the right place for some good eats!" one commented.

"Aww, poor little kid. He must have needed some rest and lobster bisque," another replied.

After restaurant workers snapped some photos, they called a rescue team from SeaWorld to help the young sea lion.

"SeaWorld came to the aid of this young sea lion this morning and she is now in the care of our amazing Rescue Team," SeaWorld replied to Guillas' post.

Rescuers thanked Marine Room staff for allowing them to "give her a second chance at life."

The sea lion is very skinny for its age -- weighing about half of what it should, according to experts at SeaWorld. For now, the sea lion's condition is listed as "critical."

This year's "Godzilla" El Niño may be to blame.

According to the National Oceanic and Atmospheric Administration, El Niño events have strong and detrimental effects on California's seal and sea lion populations.

When an El Niño hit the country in 1983, the number of northern fur seal pups born in 1983 declined 60 percent from the year before.

So far this year, SeaWorld has rescued 47 sea lions and other marine mammals, AP reports.

But workers at SeaWorld's Animal Rescue Center are hopeful that the pup will make a full recovery.

"We hope to get her rehabilitated and back out into the wild," SeaWorld wrote. "She's getting lots of fluids."