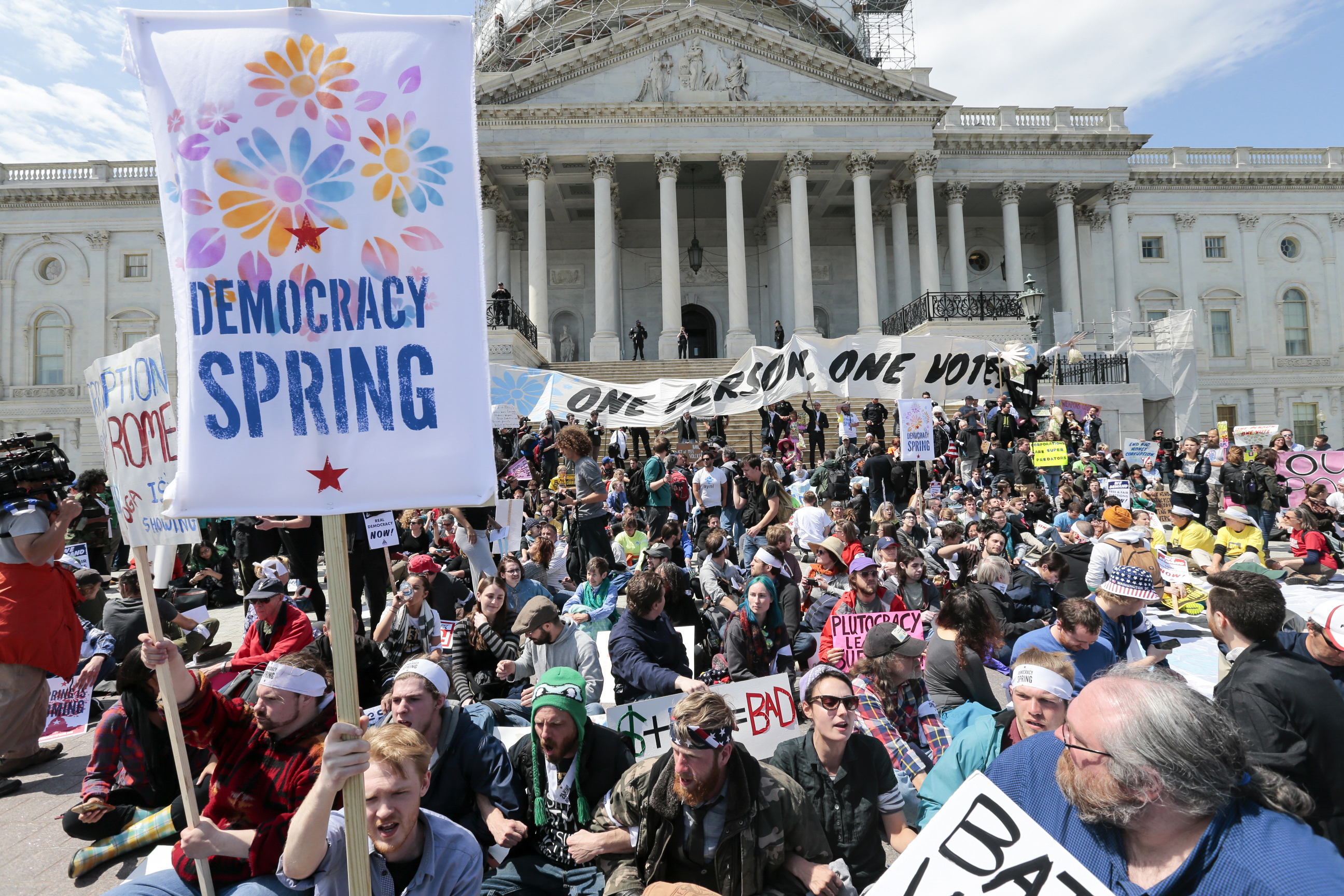 Demonstrations continued for the second day in front of the United States Capitol as hundreds of activists gathered to protest the influence on money on the political process in Washington. Capitol Police arrested 85 protesters who sat blocking an entrance to the Senate side of the Capitol in a sign of civil disobedience. Hundreds more protesters, standing behind police lines, cheered and chanted as their associates were led away to waiting buses to face charges of "crowding, obstructing, or incommoding."

The protests were organized by a group called Democracy Spring with the stated goal of "demanding Congress take immediate action to end the corruption of big money in our politics and ensure free and fair elections in which every American has an equal voice." The organizers plan for the demonstrations to continue all week.

The protest, though orderly, resulted in the closure of much of the East Front of the Capitol to tourists and visitors for several hours in the early afternoon. Dozens of police officers monitored the protest and participated in arresting the demonstrators engaged in sit-ins in front of the Senate entrance to the Capitol. Still, the protests remained entirely peaceful throughout the afternoon and the demonstrators taking part in sit-ins walked calmly to be processed for arrest.

Later in the day, about 100 demonstrators gathered in front of the Republican National Committee headquarters several blocks from the Capitol and briefly blocked the entrance to the building where House Speaker Paul Ryan was to give his speech to emphatically rule out his running for President.

The protests that took place on Monday, on the first day of the planned demonstrations, were even larger than those today, with over 400 people being arrested after sitting in front of the center steps of the East Front of the Capitol.