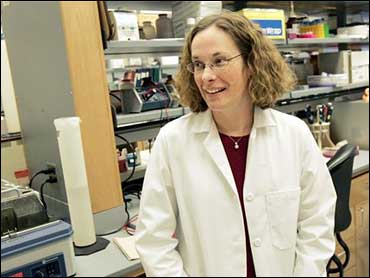 The man who holds the major-league record for home runs by a catcher says his new position is partly to blame for his power drought this season.

Hundley, who hit 41 homers in 1996 and 30 last year, needed 78 at-bats to hit his first this year in the New York Mets' 4-2 victory over the St. Louis Cardinals Monday night.

Hundley missed the first 85 games this season recuperating from reconstructive elbow surgery, during which time the Mets acquired Mike Piazza, so he now plays left field.

Much too boring for Hundley, whose two-run shot in the third off Matt Morris (3-2) snapped a 2-2 tie.

He's also not the type of guy who'll make adjustments and try to raise his average when the ball's aren't clearing the walls. He's batting .203.

"It probably would have been more beneficial for me to choke up, punch the ball the other way," Hundley said. "But I've been there, done that, tried that, and I can't live with myself swinging that way.

Al Leiter (11-4) survived a shaky start, allowing two runs on four hits in seven innings. He helped silence Mark McGwire, who struck out three times - twice against Leiter and once against Turk Wendell with a runner on in the eighth - as the Cardinals' five-game winning streak ended.

Leiter said it was his responsibility to challenge McGwire.

"I didn't want it to feel like I came here and ducked him," Leiter said. "Not that I'm macho or some he-man or anything. But if it wasn't going to be the difference between a win or a loss, you know, see what I can do against a great hitter."

Since hitting his 46th homer leading off the fourth inning on Saturday, McGwire has walked seven times and struck out six in his 13 subsequent plate appearances.

John Olerud's hitting streak stopped at 23 games, one shy of the Mets club record set by Hubie Brooks in 1984. Olerud went 0-for-3 with a walk and scored a run.

"It's going to happen sooner or later," Olerud said. "I'm really happy with my at-bats. The balls just didn't drop in for me."

New York, which entered the night trailing the Cubs by a half-game in the NL wild-card race, has won seven of 10. Dennis Cook worked the eighth and John Franco finished for his 24th save.

After giving up two runs on two hits in the first, Leiter allowed only two hits in the next six innings. He retired eight in a row before Fernando Tatis singled with two outs in the fourth, and set down another seven straight before Tom Pagnozzi doubled to start the seventh.

Leiter, who struck out seven and walked two, helped himself with an instinctive defensive play in the seventh, ducking to snare Tatis' liner the first out. He's 8-1 in his last 12 starts, but had been coming off three so-so starts, allowing 12 earned runs in 19 innings and getting no-decisions in all three.

Morris allowed four runs, two earned, and seven hits in seven innings. He threw 131 pitches in a complete-game four-hitter in his last start but didn't think that was a factor.

"You're not going to have everything all the time," Morris said. "Early on, I didn't have anything. I was just trying to battle and get outs."

Mike Piazza had a two-run double in the Mets' first off Morris, and the Cardinals answered in their half with a run-scoring double by Ray Lankford and a sacrifice fly by Brian Jordan.

The Mets' runs in the fourth were unearned because Hundley's homer came one batter after Piazza reached on a two-out fielding error by rookie shortstop Luis Ordaz.