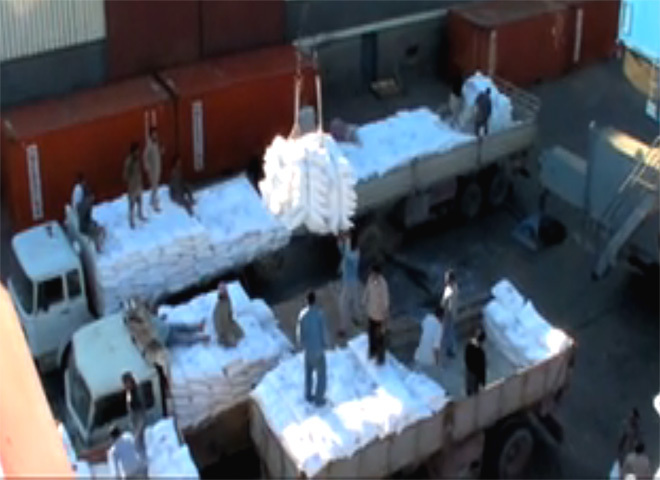 GENEVA - A spokeswoman for the United Nations' World Food Program said the agency signed an agreement with the Libyan Red Crescent to establish a humanitarian corridor, and "we received an indication that the government did not have any objection."

The food will be distributed by the Libyan Red Crescent in Tripoli, Zintan, Yefrin, Nalut, Mizda, Al Reiba and Zawiya.

The United Nations World Food Program said today that food assistance is being moved through a new humanitarian corridor into western Libya.

A convoy of 8 trucks carrying 240 metric tons of wheat flour and 9.1 metric tons of high energy biscuits — enough to feed nearly 50,000 people for a month — crossed into western Libya Monday from Ras Jedir in Tunisia.