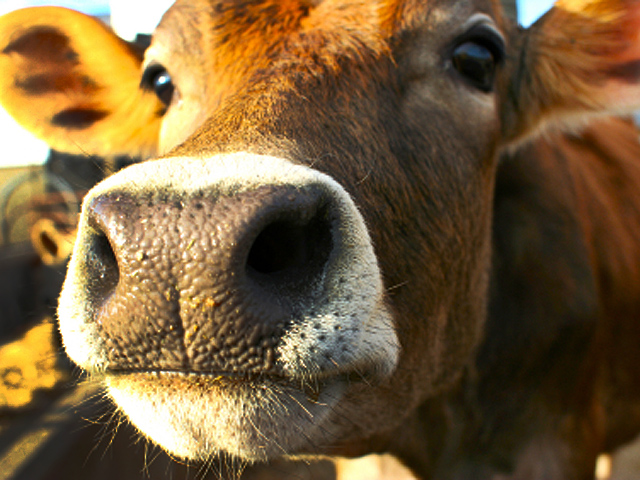 (CBS) Human breast milk from a cow? Udderly ridiculous, right? In fact, scientists in China and Argentina have cloned cows that produce milk that's chemically similar to mother's own.

Can they also clone the cows to say "ba ba" instead of "moo?"

Chinese scientists genetically produced a herd of 300 of these human milk-producing cows, and are excited by their early findings.

Ning said the milk contains many of the same proteins and antibodies humans need, including lysozome - a protein found in human breast milk but not in ordinary cow's milk. The researchers hope one day to commercially produce the milk.

But the Chinese scientists are not alone. Scientists in Argentina recently cloned a cow by adding two human genes to bovine DNA, The Telegraph reported - and they hope the cow's milk is an even closer match to humans, since the cloned cows in China have only one human gene. The Argintinean scientists said in a written statement that they hope their discovery will prove to be "a development of great importance for the nutrition of infants."

Is the milk safe?

Scientists need to test the stuff on humans, but early pig studies conducted at the University of California at Davis suggest that it may be even more healthful than cow's milk. The scientists inserted a human gene into goats so that their milk contains lysozyme, Life's Little Mysteries reported. When they fed it to pigs suffering from diarrhea, the pigs got better.

"By feeding the transgenic goat milk to baby pigs, which serve as a model for humans, we can see the impact of what the milk might do to humans." Dr. Elizabeth Maga, professor of animal science at UC Davis, told Life's Little Mysteries.

But some moms think the clone-happy scientists are being a bit bull-headed.

A Chinese mother who gave her name only as Lu told Reuters that she didn't know "what might happen if my daughter consumes genetically modified things," adding, "I think natural products are much better."

What do you think? Should new moms leave milk production to cows?