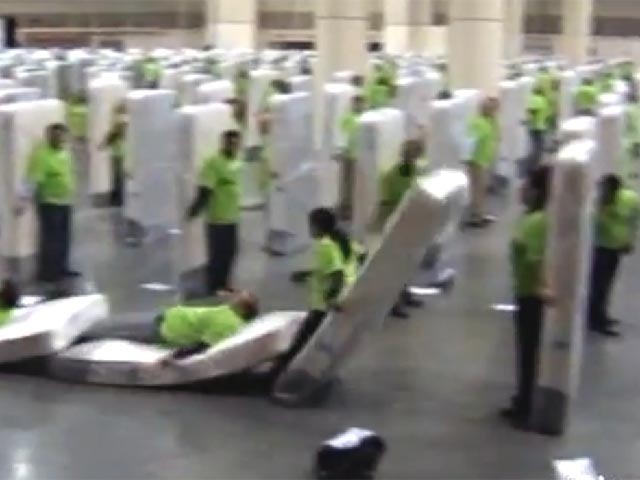 (CBS) - All records were made to be broken. But some records are more unusual than others. For example, do you know what the previous record for most human mattress dominoes was? According to British newspaper The Telegraph, it was 550. That record was smashed this week in New Orleans. Behold: 850 human mattress dominoes.

The record-setting event was set up by La Quinta Inn & Suites, who wrangled a few hundred employees to attempt mattress domino glory. The mattresses were donated by the Simmons Bedding Company and will reportedly be donated to charity.