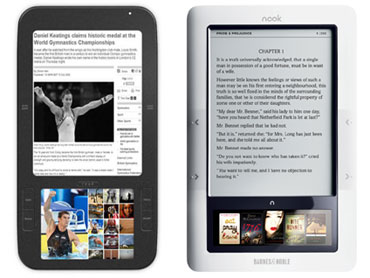 On the wind-swept rim of one of the world's most active volcanoes, dancers in raffia skirts sway to music and chants as they prepare for the Merrie Monarch, the Olympics of hula competition.

Among those dancing on the summit of Kilauea this week were 13 men from the Hula Na Mamo O Pu'uanahulu hula school who are something of a rarity. Dance veterans say the number of men trying to preserve one of Hawaii's most storied and treasured traditions has been dropping for years after a revival in the 1970s.

"It's hard to get men to dance," said Robert Cazimero, a popular Hawaiian singer and a hula teacher. He said it's especially hard to find Hawaiian men willing to dance.

"When the Hawaiian renaissance of the 1970s ended, certain parts of the Hawaiian culture continued on but men dancing did not for whatever reason," he said.

An annual visit to Kilauea is a tradition for the halau, or schools, participating in this weekend's hula competition in nearby Hilo. The finals are telecast statewide and are more popular than some sporting events.

There are 10 men's groups among the 29 halau competing this year. But the state's only all-male hula troupe has lost 60 percent of its members and another brought fewer than half its men to the competition.

William "Sonny" Ching, a teacher in the Hula Na Mamo O Pu'uanahulu school, said there are problems in finding and retaining male students.

"A lot of them come through the halau but many don't realize how hard and how disciplined it is," he said. "They don't realize that it becomes part of your life. It takes a lot of time and commitment.

"We also have to compete with sports," he said. "We have men come when their sport in not in season."

While the first mention of hula in recorded Hawaiian history is of a woman, Ching said, it was men who performed the ritual temple dances. But after the monarchy was overthrown in 1893, hula went underground and men stopped dancing.

"Somewhere there developed a stigma of men doing the hula," said Coline Aiu, a teacher at Hula Halau O Maiki.

Men's and women's hula is basically the same.

"The difference is in style," Ching said. "Men can be more bombastic while women tend to show a softer side."

But while men can show more athleticism, they also can show sensitivity as in a hula that tells about holding a child or making love.

"When you look at their bodies and see their muscles move as they dance, they show not only strength but grace," Aiu said.

Cazimero, who helped lead the men's hula revival in the '70s, credited his teacher, the late Maiki Aiu Lake, Aiu's mother and founder of the halau that bears her name.

"She encouraged all of us. She graduated as kumu to teach both men and women. But I was specifically asked to teach only men and I followed her wishes," said Cazimero, who has been teaching for 28 years and leads what is believed to be the only all-male halau in the islands.

Cazimero has 24 men in his Halau Na Kamalei, down from a peak of more than 60 in the 1980s. Ching has 31 men in his halau, but only 13 are coming to the Merrie Monarch - his smallest group ever.

The competition is part of a weeklong festival named in honor of King David Kalakaua, who also was known as the Merrie Monarch and in the late 1800s restored and revitalized many cultural traditions, including the hula.

Aiu and the other teachers would like to see more male hula dancers.

"The men are exciting; they bring the dances to life," she said.